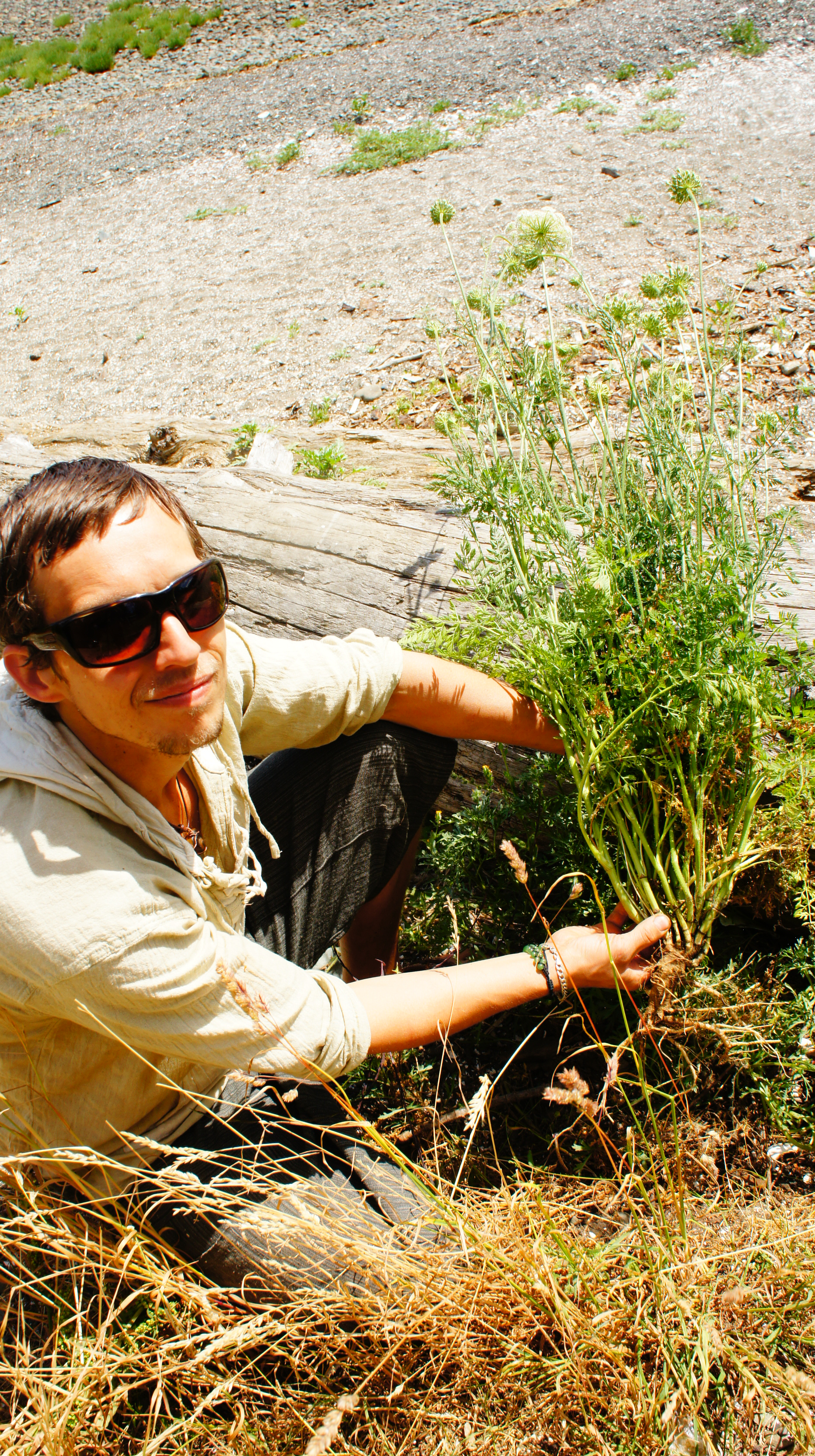 From the windowless depths of downtown Toronto restaurant kitchens to the cool breeze and tall trees of the West Coast of Canada, Tom Kral, known as “natures chef” has overhauled his thinking about food more than once in his lifelong career as a chef.

Kral was practically born cooking. He lived above his parents’ well-known Toronto deli, the Prague, and has worked under the likes of Chef Susur Lee of Toronto. He is classically trained in French cuisine and made a pilgrim-age to rediscover his Czech culinary roots, subsequently revamping the family business.

Through his many successes Kral’s health suffered in the process, prompting him to delve into the world of healthy eating and bring his attention to the global food crisis and the role of food as medicine.

His latest professional incarnation is as Nature’s Chef, a private catering business specializing in healthy, local and foraged foods. As his worldview shifted, his time in Hogtown quickly came to a close, “I couldn’t live that life that I dreamt of,” he says of his decision to leave the city.

Now on Vancouver Island, Kral spends his free time in the forest and on the coast foraging and hunting for food. “I’ve tapped into another world that’s kind of blanketed to us—food that’s been suppressed that we’re not getting in the grocery stores,” he says. “The stuff that’s on commercials and in TV dinners—it’s junk.”

Living in Sooke, home of the T’Souke Nation in the Coast Salish region, he is inspired by the First Nations’ traditional way of life: Hunting and gathering, and preserving abundance for leaner times.

In the cold waters of the Pacific Ocean Kral discovered the sea’s fresh bounty. Each beach boasts its own specialty. “It’s like going grocery shopping,” he says. “I’ve got to go to this beach to get clams; I’ve got to go to this other beach to get this seaweed. It’s like different aisles in the grocery store.” With its unique flavour and medicinal properties, sea-weed has a special place in Kral’s heart and his cooking. He uses the sea vegetable in lasagna, salsa and kimchi, or just dried like a chip.

Kral’s cooking is highly localized and omnivorous. He chooses butter and goat’s milk over canola oil and almond milk, local salt and nuts over fleur de sel and Amazonian varieties: “Keeping it from the Island, that’s my goal.”

In the midst of the “superfood” trend, Kral resists the spell of the exotic. A so-called superfood to his mind is anything that is highly nutrient-dense and Vancouver Island, he says, is abundant with them. There are many that can be found all over Canada: Seaweed, stinging nettles, rosehips, spruce tips and mushrooms are just a few that he advocates.

Part of what makes Kral unique is his mission: “Not only to feed but to educate and better the world that way.” Every dish he prepares as Nature’s Chef is accompanied by its origin story, beginning with the land itself. For Kral, knowing food’s connection to the land highlights its link with life: “It becomes part of you, and you become part of it.”

Fermentation is another cornerstone of Kral’s food philosophy. “We’re made up of 99% microbes,” he says. “We are more microbes than our actual selves—so need to have the good bacteria to fight off the bad.”

Unlike industrially controlled fermentation, which kills off a lot of microbes, Kral works with wild yeasts in the air to make his fermented drinks, sourdoughs, and condiments. Naturally fermented foods “go bad in a good way,” he says. “That’s what fermented food is: controlled bad.”

Living this lifestyle, Kral says “it’s important you’re not just by yourself—to have some sort of tribe and community.” This includes the next generation. He and fellow outdoors-man and teacher Dante Chicano of Greenman Adventures put on “playshops” in which they teach children about ecology through play.

“Kids just love to learn. They’re just so open to receiving information and they’re interested! A lot of them are really going for the wild foods and they’re like, ‘Oh, my God, this is so good!’” He laughs. “Most of the time.”

Now at a stage where he has interwoven his work with his personal philosophy, Kral has forged his own path. He is choosing discovery over the comfort of success and a bold vision over a well-worn path.

More Inspiration: Check out this article on changing your diet!

Ask the trainer: Getting results Where do vegans get their protein?

Tips for eating healthy when working at home

Get the facts on fats!

Back To The Gym Muscle Building Tips For Women