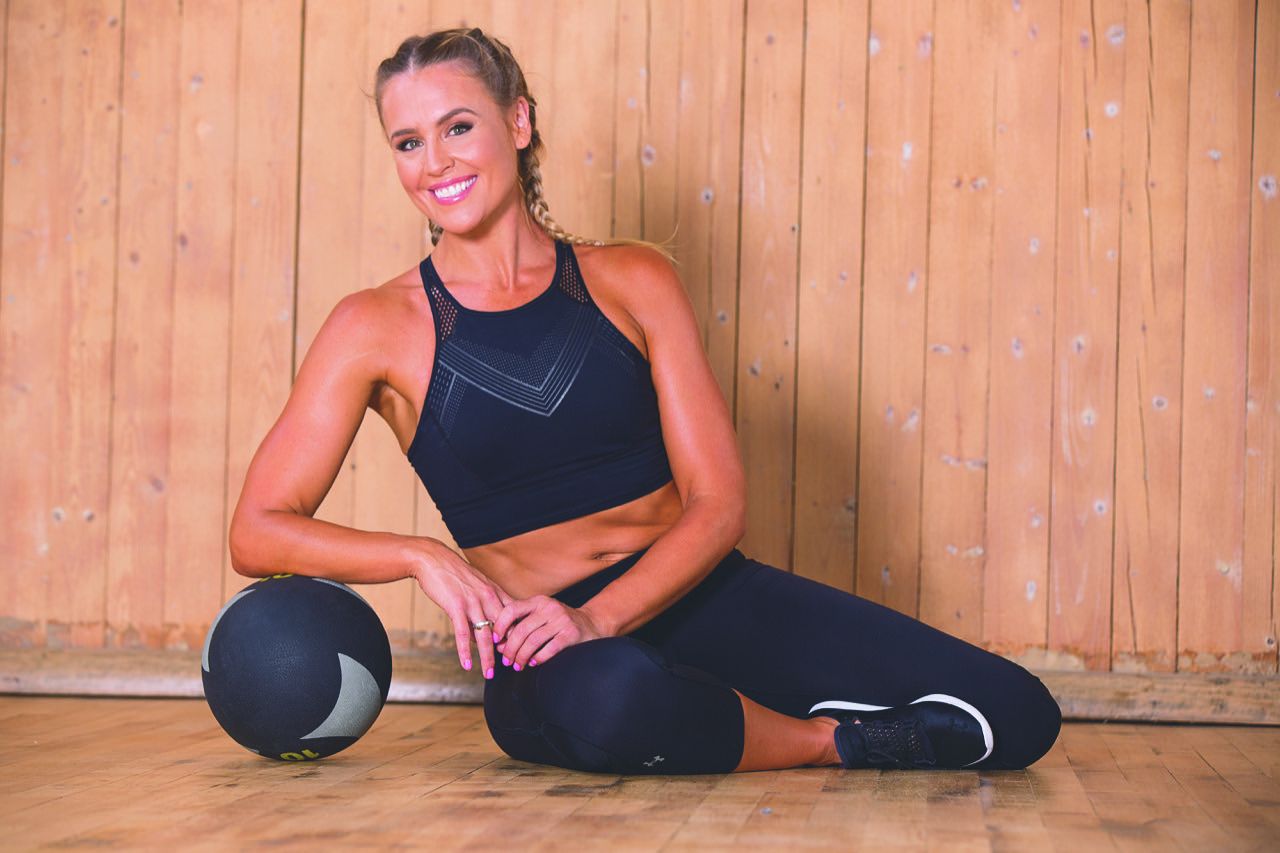 Jana Webb grew up on a farm in Alberta, doing chores and playing sports. In her twenties she went into marketing. Then, a car accident gave her a wake-up call: do what you love. She enrolled in a musical theatre school in Toronto, where a singing teacher noticed the injury had affected Webb’s breathing, and introduced her to yoga.

Later, Webb moved to Japan and learned to teach a brand of yoga called Ishta, which she modified for a western audience. From there, she created JOGA (“yoga for jocks”). Taught by certified trainers, it is tailored for athletes whose fitness tends to make them strong but inflexible. Clients include professional sports teams and Olympic athletes as well as everyday fitness types.

In 2016, Webb was seeking an investor to build JOGA House in Toronto, with studios for her own brand of urban yoga. Then along came The Real Housewives of Toronto, a reality TV show that allowed her to promote herself and the world of JOGA. As a single mother, she also made as much time as possible for her nine-year-old son, William.

The Real Housewives of Toronto wrapped up at the end of October of 2016. The following November, she spent a week in the Dominican Republic, training a baseball team. After the gig she was being driven to the airport in a small SUV. She was in the passenger seat. A cement truck pulled out and hit the SUV head on. The moment changed her life forever. “This image and the feeling of impact repeat over and over in my brain,” she said.

Webb’s first thought was that she couldn’t breathe, but at least she was alive. She made a video from inside the car. From the searing pain she guessed her back was broken. She called the owner of the team and he arranged for an ambulance. They got her out on a stretcher and drove her to Santo Domingo. “I was in so much pain,” she said. Tests showed Webb had broken three of her lower vertebrae. One vertebrae higher and she might have been paralyzed. “I’m so lucky I can walk,” she said.
Soon after, she called her new business partner, who had given a verbal agreement that he would invest in her company. “I had to be honest and tell him I just broken my back. He stood by me.”

After six days, she was airlifted to Toronto Western Hospital. She then began rehab. By the end of the month, kept together by pain medications, she was attending meetings. While her physical symptoms were improving she had little energy, her memory was shot and she felt dizzy and nauseated. “I knew something was wrong,” she said.

In January, Webb was diagnosed with a vestibular concussion. The condition affected her balance and made it hard to process information. She hadn’t worked for months and had no income. She reached out to her community of doctors, trainers and therapists. “I don’t ask for help well,” she said. “But it has been all hands on deck—they have circled around me.”

Five mornings a week she does three hours of rehab. She spends time in an oxygen chamber and takes many supplements. Her brain needs extra nourishment as it relearns tasks it used to do with ease. She estimates her brain and body are 70% better.
She also looks after her son, as well as the business. She signed the lease for JOGA House in January. The Real Housewives of Toronto, which had been taped earlier, launched in February. There was the publicity—media invitations and galas. She missed a lot of it.

Webb has learned a lot from the accident. “It taught me once again who I am,” she said. “The doctors told me I survived because of how fit I am. The accident has only increased my passion for teaching. We never know what life will throw at us.”

She realized she needed help. Her perspective changed. “Some of the things that were important before are not so important now. It was as if I had been wearing a blindfold that I had to take off. I had to learn how to take care of myself,” she said. “I always had passion, but now I have compassion. Before, I listened to help or heal someone. Now, I listen to understand. I’m much more empathetic.”

Before, when she was working with top athletes, flying from city to city, everything seemed to have a high vibration. “Now I’m back to simplicity. It’s the simplest things that make me so happy. I treasure the moment. I realize that life can change in a flash.”

Her friend and publicist, Shauna Ireland told her she literally had to hit a cement truck to learn to slow down. Each type of therapy brought something new. “This kind of injury forces you to bring back the human,” said Ireland. “You need to connect better to yourself, to others and to nature. Jana’s inner issues were reflected back outwardly by the accident. Jana is a leader, with the potential to open eyes and doors.”

“My pace was not sustainable,” said Webb. “Last year things came to a head. It took the accident to bring me back to Ground Zero.”

After the enforced layoff, her business has shifted. She has investors and staff. JOGA house opened in Toronto in April.

Since the accident she has added a new layer to JOGA. There are ways to work with injury including breathing exercises that help with a concussion. “It’s ironic that I founded JOGA years ago after my first car accident,” she said. “I’ve come full circle. I couldn’t do regular yoga back then. I was too athletic and too tight. And with this accident it was my strength that saved me. Now I know I have to share this.”

Jana Webb could have died or been paralyzed, but she is still on her feet. She has been helped by many experts. She is building her business with new partners. It will be months or years before her brain injury is fully healed. It is a condition that changes by the hour.

She has embarked on what historian Joseph Campbell calls “The Hero’s Journey.” You go down into the underworld and face many challenges. If you survive, you come back stronger with new wisdom to share with your tribe.

Who are her heroes? Although she works with famous athletes and A-list celebrities, her answer is: “My parents who have always been here for me. And my son who stepped up and had to grow up quickly this winter. He had to do the lifting.”

Webb says she has learned three things from the accident: “One, there is always somebody going through the same thing. The week after my car accident, a JOGA coach broke her neck in an accident. She is paralyzed from the waist down. When we think it’s bad, it’s always worse for somebody else.

“Two, I teach my son to find even one thing to be grateful for every day. To make the small act of gratitude. It changes your physiology for the better.

“Three, be positive and highlight what you like about yourself. You need to love your mojo. In this world of technology it is hard to maintain your true self. We have to turn the phones off and go into nature. Otherwise the world will be lost.”