Deepak Chopra has this concept of “synchrodestiny.” When what you want matches what the universe wants for you, life tends to work out. Amazing things can happen: miracles even. This is how I felt about our trip to Barbados. Many forces were lining up. 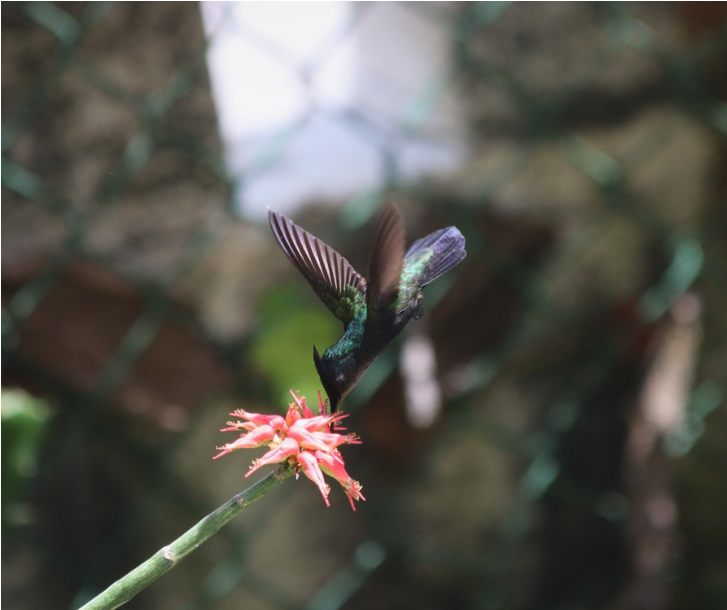 Approaching the airport at Bridgetown, we could see the beaches, the blue ocean, a scattering of palm trees! On the tarmac I felt a wall of heat. The folks on our plane were mostly pale. Those getting ready to leave were tanned and relaxed. Most of the local people are of African descent, with skin attuned to these climes.

There was our friend Barry, waving at us. He picked up Donna, my son Ben and me in his Volvo wagon and whisked us off to the lime-green house he is renting with Dar, the beautiful woman in the yellow dress.

Daughter Claire had flown in earlier. She couldn’t wait to take me down to the rocky cove close by where the waves crashed in a rolling hum. We smelled the sea air and felt the gentle push of the wind.

Barry, our former neighbour in Nova Scotia, is founding a wind energy company. He loves the relentless wind. Dar is a designer and an artist. She loves the style of the island, the colours, the art and craft. They both love the variety of the place, the scenery, the food. Barry is also a musician who has worked in video, film, and technology. Both see the world as a place of possibility. Barbados is the right place for them.

That evening I drove with Barry to a community meeting on wind energy at the northern end of the island. It was held at a church whose large windows were open to the outside. (There are many churches on the island and on Sundays people get dressed up, go to church, and congregate at picnics afterwards.) The media were there in force.

In the old days, each plantation had its own windmill that provided power to crush the sugar cane. Today hundreds of stone towers (the former mills) are scattered around the island, but the tradition of wind power has been lost. The meeting went on for hours, pro and con a proposed wind farm. The key for me was that the people in the church made up a real community. Afterwards there was a reception downstairs. The next day my picture was in the paper.

Barry plays the piano at the bar at The Crane resort just a few blocks away from their house. He had arranged for a piano from Roland, the Japanese company he had worked for in Canada, to be sent to the resort.

The next day at The Crane we met an entrepreneur from Nova Scotia who lives near Barry and Dar. We went down to the beach. Donna was tired from months of eldercare. After swimming we dozed underneath a parasol. A local came up and spoke to us in quiet tones, waving his hand over the view of sea and sky. “This is the energy of life,” he said.

We had a suite at The Crane. We swam in the pools. I got up early and meditated and practiced yoga on the grass. In the afternoon Dar cooked supper and we watched Sydney Crosby score the goal that gave Canada the Olympic gold medal.

On the beach I spoke to an older man from New Hampshire where I went to prep school. He grows grapes in northern California. There is a lot of wind there, he said: the Petaluma Express.

Barry and Dar took us on a tour. We drove up a hill to the courtyard of a police station where we could look out and get our bearings. We had lunch at The Round House at Bathsheba, feasting on marlin and “dolphin” as we overlooked a windswept crescent beach where surfers from the world over rode the waves.

We drove past plantations of sugar cane and bananas, and stopped briefly at St. Nicholas Abbey on the hill. This plantation complex dating from the late 1600s was being brought back to life by a local architect—a brilliant visionary with a sense of the past. (More on this in Part II.)

In the evening Ben played guitar with Barry at the bar at the Crane. I attended the manager’s reception outside. Paul Doyle is a Canadian who has taken a small hotel and built it into an international destination overlooking the miraculous beach. I was acquiring a taste for rum punch.

I spoke to a man who had grown up down the road from our place in Nova Scotia and now lives in Arizona. He is a writer and teacher who had been in the military and worked in the high tech sector. Turns out we had both worked in a decommissioned nuclear bunker.

An elegant woman in her nineties was being pushed in a wheelchair. She was the grande dame of this group. She came up to me. “You are the best looking man here,” she said. Made my day.

Afterwards my family joined Barry and Dar for supper at the Crane Palms down the street. More great seafood and rum punch.

The waiter had an American accent. I asked where he was from. Barbados and Connecticut, he said. I used to live in Massachusetts and have spent time in that neighbouring state; my Norwegian cousin has lived there on and off for years. That is how it was on this on this trip—a certain synchronicity in play.

Since you may end up in the sun…here’s a great article on getting the right amount of sun!