We all know abs are made in the kitchen. Try these five foods to help you see results faster. 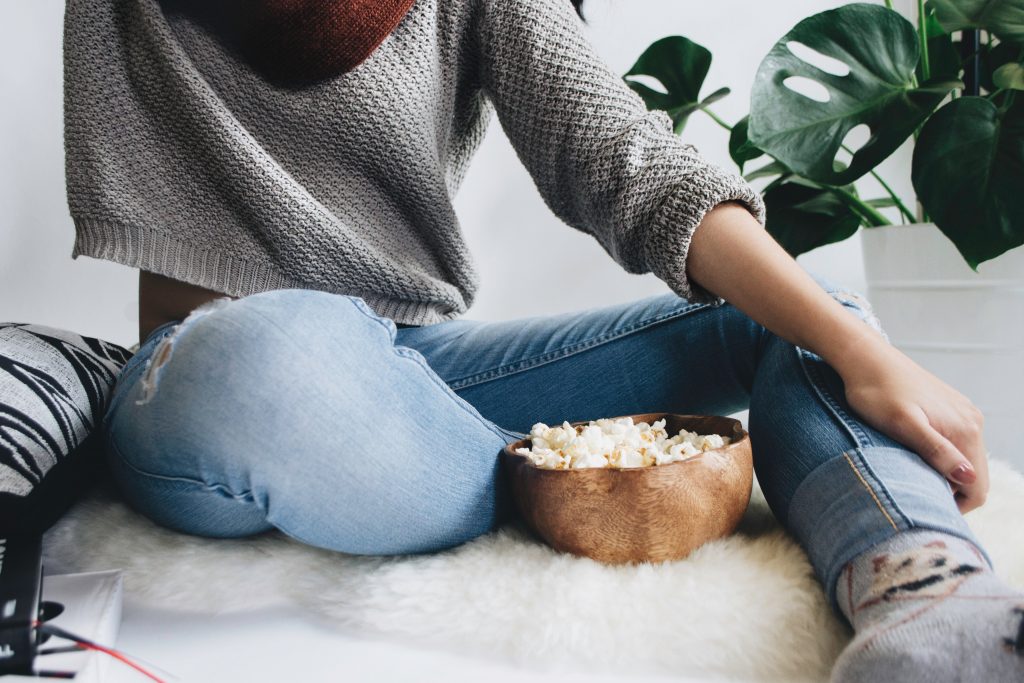 Half of the challenge of maintaining or losing weight starts in the kitchen. Not only is that where we make most of our meals, but it is also a place where we snack. It’s the place we find ourselves in between meals or munching on potato chips late at night.

It’s true. We all battle hunger between meals, there is no denying it—but it’s important to snack on healthy foods that are beneficial for your body. If you are exercising, but don’t see results, there is a good chance you’re sneaking foods into your diet that are preventing you from reaching your goals (hint: salt!). Swap out those unhealthy choices for these snacks that will keep you full, give you a nutritional boost and leave you feeling energized.

Almonds are high in magnesium, vitamin E, protein and fibre, making them the perfect snack, but they are high in calories—so portion control is important. According to a 2015 study published in the Journal of the American Heart Association, eating a handful of almonds daily can help you lose weight in your midsection. The study found the subjects who ate almonds daily actually lost more body fat over time than those who didn’t.

Walnuts are also a great nut option because they contain omega-3 fatty acids (the “good” fat). Studies show that eating unsalted walnuts in moderation can also help decrease abdominal fat. A study by Dr. Cheryl Rock of the San Diego School of Medicine at the University of California found that although walnuts are high in fat and calories—the walnut-rich diet was as effective for weight loss as a low-fat diet. The study found that women who ate just over a handful of walnuts every day for six months lost an average of nearly 8% of their initial weight. The study also found that those who ate the walnuts had an improvement in their cholesterol levels.

Eggs are protein superheroes in the food world. The low calories paired with their high protein content help you feel more full after eating them. A 2006 study in the Nutrition Bulletin found that women who ate eggs for breakfast every day for eight weeks compared to women who ate a bagel for breakfast had 65% more weight loss because they felt less hungry throughout the day.

If you are watching your cholesterol or want to consume fewer calories, try eating just the egg whites they’re still high in protein and have less fat and calories overall. Eggs are not only a great choice for breakfast; they are also a great snack food to hold you over between meals.

Eating grapefruit slightly lowers insulin levels in the body, which prevents it from storing sugar as fat. These low insulin levels help curb hunger. Additionally, grapefruit is high in fibre, low in calories and a well-known negative calorie food, meaning it takes more calories to digest than the number of calories in the food itself. According to a 2006 study in the Journal of Medicinal Food, eating half a grapefruit before a meal (three times a day) has been associated with significant weight loss.

Blueberries contain the right vitamins, minerals and antioxidants required to help lose fat and lower cholesterol. In a study at the University of Michigan, rats on both high-fat and low-fat diets got 2% of their calories from blueberry powder for 90 days. At the end of the study, the researchers found that all the rats managed to lose abdominal fat—this was because the anthocyanins-phytonutrients in blueberries regulated the fat metabolism. One cup of blueberries a day can also yield similar results in people.

Since celery is 95% water, it is no surprise that it is the perfect negative-calorie snack. Even though it may not burn a significant number of calories, it does still burn some. A cup of raw celery only takes up about 1% of your daily calorie intake, but it offers 6% of your daily fibre. Boiled celery is actually higher in fibre, having 10% of your daily fibre per cup. Add boiled celery to soups or stir-fries to add more fibre to your diet. For the perfect snack, add nut butter to celery to give you an extra nutritious protein boost that will help hold you over between meals.

More Inspiration: Found this helpful? Check out this article on the best fats!

Water: The essence of life

How’s your knowledge of natural health?

The new truth about fats