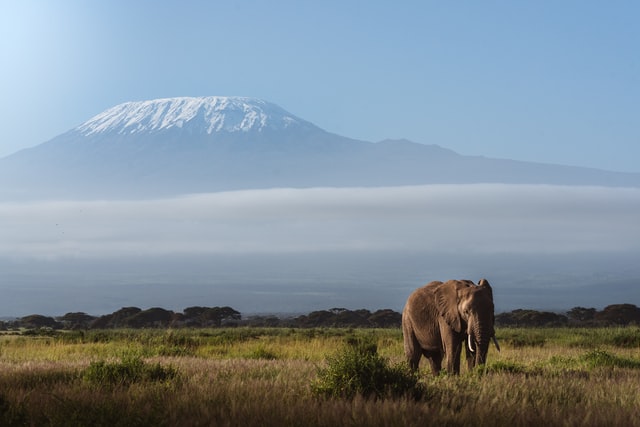 I wasn’t ready for the rigours of climbing Mt. Kilimanjaro. Or so, I thought. The result was life-changing.

“Mom, if Martina Navratilova can’t do it, you can’t do it.” My child’s words echoed in my head as I took my first cortisone-laced footsteps along the Western Breach approach to the summit of Mt. Kilimanjaro. Indeed, the then-54, very fit tennis superstar was air lifted off this very mountain with fluid in her lungs. So, what the hell was I trying to prove?

I’d been determined to conquer Africa’s highest peak (19,341 feet) ever since a cheating ex-boyfriend failed to do so a few years back. I’d show him. That first attempt was sidelined before it began when my hockey player son broke his hip and returned home to convalesce.

Stacked odds kept piling on. The day before this departure, the beautiful man who helped shape my child’s life died from heart complications. Bob Smye’s heart was just too big, and too full.

“You have to cancel your trip,” a mutual friend decided, claiming we would need the closure a few funeral sandwiches would bring.

“No bloody way,” I said. Bob would kill me if he knew I was cancelling on his behalf. So I left the chaos of grieving and a pile of neatly folded high-tech rain gear behind me and began the first leg of my journey.

The Shira Plateau Western Breach approach to the summit of Kilimanjaro is the road less traveled for two main reasons: one, the increased probability of rock slides; and two, because people have died. Very few outfitters take this route, but I chose it to avoid the all-night slog up volcanic scree to summit at sunrise with the masses. I’d rather die than do that.

It’s worth mentioning that I am claustrophobic and acrophobic — afraid of heights. The thought of diminished oxygen while peering over the edge of a precipice had me hyperventilating at sea level. I was also dealing with severe plantar fasciitis in my left foot, which ruled out the walking, running, and hiking kind of training.

So my Kilimanjaro training consisted of switching to drinking nothing but South African red wine. Out of sheer desperation, I turned to yoga. A cynical novice, I found the poses ridiculous and the “Namaste” culture annoying. I was angry at not being able to train “properly.” Little did I know, my three months of yoga would come into play, big time.

Our pre-climb orientation in Arusha was designed as a meet ‘n’ greet with guides and fellow travellers. It also served to scare the crap out of me as we came face-to-face with the O2 monitors and the hyperbaric chamber stretcher that would whisk us down the mountain when our lungs exploded.

If I wasn’t terrified before, this meeting had me shaking in my hiking boots. Finally, the guides inspected our gear, where I confessed to leaving all of my foul weather clothing on the bed back home. I was loaned a WW I-era poncho and assured that the weather ahead looked perfect – Swahili for perfectly awful.

It is said that fat old ladies have the highest success rate climbing Kilimanjaro, because they go slowly, and listen to the guides. On the fifth day, the youngest and fittest of our group turned back, citing altitude headaches. His lean triathlete build failed him, while middle-aged, endomorph me was blowing oxygen stats higher than the seasoned guides.

We’d climbed that entire day in a blinding mix of rain and sleet mix – my useless poncho whipping around me like a flapping tent. “Pole, pole!” the guides chanted. “Slowly, slowly” in Swahili. I was soaked through to my wool bra, and there was an icy stream running through my tent when I got to camp. But, hearing that the most unlikely among us was dropping out was somehow empowering. Did anyone else want to turn back? Hell, no.

The final, two-day summit with a sleep-over in the snowy crater turned into one very long, endurance test of a day. One of the women in our group developed dangerously low oxygen levels and we had to move upward, quickly, so she could be whisked down the other side.

Scrambling up the frozen rock face before the sun warmed it into a death trap was a surreal experience not unlike childbirth – one requiring focus and fortitude. I never thought I’d say, “Thanks to my yoga training,” but I swear my newly acquired core strength and controlled breathing got me to the top without a hitch or hissy fit.

Our final stretch to Uhuru Peak was only 540 feet, but adding to the steep grade and thin air was the joy of waist-deep snow. I held my gaze on the guide’s rather lovely buttocks and fell into a bit of a trance. The sun was shining and all I could hear was my breathing, and a voice in my head whispering clichés like, “You’ve got this,” and “Your toenails will grow back,” all the while composing a FU postcard to the cheating bastard. When the head guide suddenly stopped, I bounced off his back and saw he was pointing to the famous sign at the top.

The top of Kilimanjaro.

I melted into a happy, blubbering mess. I’d carried my sweet gone-too-soon neighbour on my back every step of the way. I’d made room for him by shedding self-doubt and throwing down some love to my thunderous thighs. I opened my heart and did some ugly crying – our beautiful guide wiping away my tears saying, “Be happy, Miss Cynthia. You did this.”

Kilimanjaro was an unburdening. An affirmation of yoga-esque proportions: everything I need is already within me. I go back there in my mind when life becomes unbearably heavy and think, “pole, pole, Namaste.”

More Inspiration: Check out this great article on keeping the treasures of your vacation long after you’ve traveled.

Author: Cynthia Schultz is an adventure seeker in all aspects of life. She is happiest when busy at her advertising and design agency, or hopping on a bike and cycling somewhere foreign and remote. Cindy believes the single and most rewarding adventure is motherhood. Her salty sailor language is a challenge to editors.

5 Winter layering tips to dress for the deep freeze

Pain and finding the root cause

Healthy eating tips for the family

Lyzabeth Lopez: a journey to success

Get organized and eat well