We were in the middle of breakfast when the first announcement came. “A polar bear has just been seen on the port side.” Like everyone else, I immediately stopped eating and headed out of the dining room door for our stateroom where I grabbed my jacket and camera. Then it was on to the outer decks. But just after arriving at a good vantage point we could see the polar bear slip off the ice flow and start swimming away in the distance. 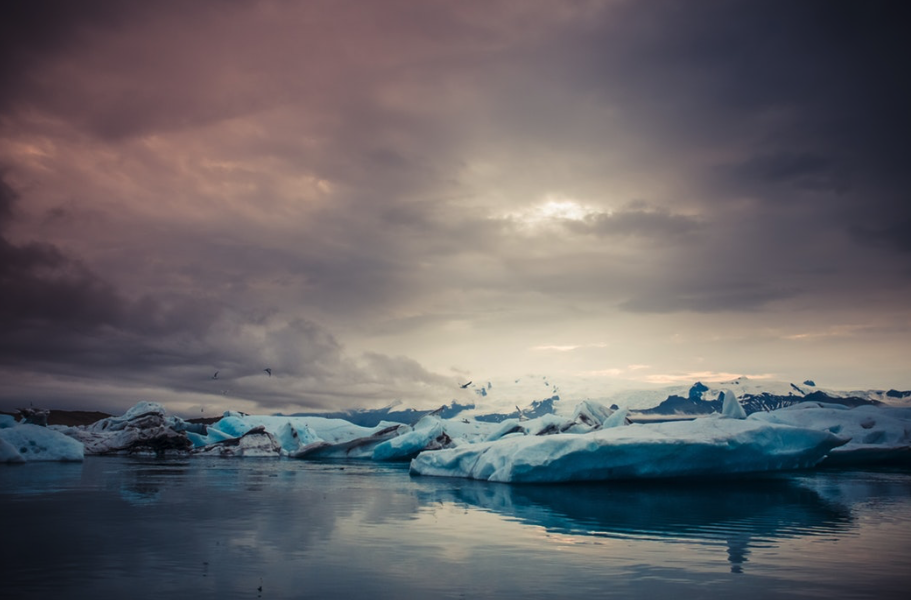 Our ship’s rule was that we do not harass wildlife so the captain headed away from the bear. We had barely returned to the dining room to finish eating when another call came from the bridge that another bear had been sighted. This one was dead ahead on an ice flow and it didn’t take long for everyone to quickly scramble to the outer decks again. This polar bear was much more co-operative and walked around the ice flow while our ship, the Explorer, slowly circled it. At times the bear would sniff the air, probably trying to figure out what this large red object was that seemed to be paying so much attention to it. Eventually after several minutes the bear headed for the ice edge and slowly swam away. Occasionally like seals sometimes do, it would pop its head out of the water and look back at us.

Our high arctic adventure stated August 18, 2007 in Ottawa when we caught an early morning flight to Iqaluit and then on to Kangerlussiac, Greenland. There we boarded the Explorer, (yes, that is the same ship which sank in the Antarctic a few months later) which would be our cozy home for the next 11 nights. The trip had been organized by Adventure Canada, one of the pioneers of exploring the arctic by cruise ship. There were 100 other passengers, mostly Canadians but also some Brits, Aussies and Americans in attendance as well as a diverse mix of staff from writer Margaret Atwood and photographer Freeman Patterson to bird, marine mammal, and glaciology specialists.

Our cruise took us to three Greenlandic communities. My favourite was Illulissat, which is best known for its icefjord. Here one of the fastest flowing glaciers in Greenland (moving at speeds of up to 13 km/yr), dumps a huge quantity of icebergs into Disko Bay. Some scientists estimate that 10% of Newfoundland’s icebergs come from this glacier. The weather in Illulissat was crystal clear and the brightly painted houses stood out in stark contrast to the iceberg-filled bay. Sled dogs either lay sleepily on the grass or howled wildly if it was feeding time. We also took a zodiac tour of the icebergs; up close they were even more impressive. Their various shades of blue and white made them almost seem like artistic creations; and just like clouds, no two were alike.

We encountered the hot spot for icebergs near Cap York. This area of Melville Bay was once known as the “wrecking ground,” since many early whaling ships were sunk by ice in this area. Many glaciers produce icebergs in Melville Bay and it accounts for the majority of the icebergs that we see off our shores on Newfoundland. As an avid iceberg watcher in this province, I found it particularly rewarding to actually see where these bergs originate. Once they calve off the glaciers of west Greenland, most of Newfoundland’s icebergs take to up to 2 years before they finally reach our waters. From Cap York we steamed north to the community of Qaanaaq and then headed for Etah Bay, our most northerly point of the cruise at 78 18’ North latitude. This area of Smith Sound was used as a jumping off point for explorers like Peary and others on their way to the north pole.

Then we entered Canadian coastal waters and almost immediately began to experience pack ice or sea ice. Unlike icebergs which are freshwater since they come from snow, pack ice is frozen ocean water. The pack ice on the warmer Greenlandic side had already melted and now in late August only persisted in the colder areas of the Canadian Arctic. The sea ice had its own fascination and in the low light of the arctic, photographic opportunities were unlimited.

We encountered sea ice of up to 50% coverage; it was at this point that we were told to get out on deck and start looking through binoculars for polar bears. It wasn’t long before we saw our first bear of the trip and it proved to be many passengers’ pinnacle moment since it still sported a red face from the seal it had just killed. And the bird watchers amongst us were also rewarded because picking at some of the remains was a rare Ivory gull, of which only an estimated few hundred remain. This bear obviously wasn’t too concerned about us and after wandering around the ice floe one last time it headed for the water and swam off.

In the Canadian arctic highlights included visiting Gris Fjord, the most northerly community in Canada. Here we learned about some of the Inuit culture and were treated to throat singing, a demonstration of arctic games, and a local teenager told us how he recently killed a narwhal. He also brought in the 2.5 meter ivory tusk (actually it is a tooth) from the narwhal and asked if anyone wanted to buy it. One of the staff jumped at the chance to own it and by pooling $800 in cash was able to buy it.

Over the next 2 days we explored parts of uninhabited Devon and Somerset Island. We saw an ancient Thule Inuit site and an abandoned RCMP station at Dundas Harbour, and then saw thousands of thick-billed murres and black-legged kittiwakes at Prince Leopold Island. Then we visited the graves of 3 of Franklin’s men who died on Beechey Island in the winter of 1845-46. From there Franklin’s boats disappeared and many search parties were sent out from England to try to find out where he went. What exactly happened to the expedition remains an unsolved mystery today.

On August, 29 we anchored off Resolute where we took our final zodiac trip ashore and that afternoon flew south to Iqaluit and then to Ottawa. The sea ice, polar bears, expansive landscape and magical midnight sun were all memories we would not soon forget. We could understand why some people get “arctic fever,” an illness cured only by repeated trips to the arctic.

Contributor Keith and Heather Nicol have posted a video of the trip on You Tube. Search under Adventure Canada Polar Bears. He can be reached at knicol@swgc.mun.ca.