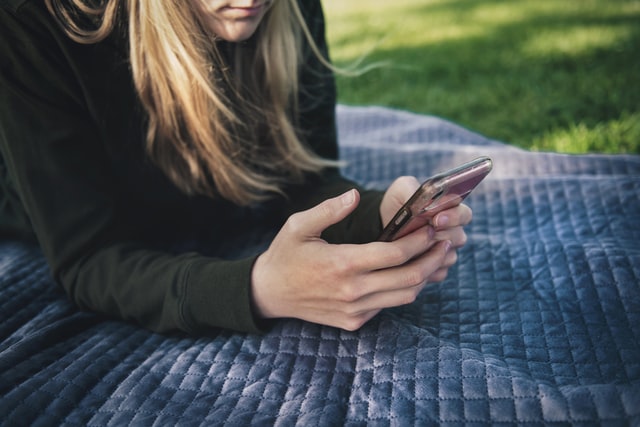 This all too common social media problem can hurt our mental wellbeing and create self-doubt. You can fight it.

So what is gaslighting anyway? Basically, it’s when someone online says things to distort reality, well, your reality, changing up facts. Or ass Kellyanne Conway called them; alternative facts. It is a form of psychological abuse intended to hurt and sometimes not just yourself, but those in your social network. The goal of the person doing the gaslighting is to make you doubt what you’ve really experienced is real.

The term gaslighting is thought to have come from the 1938 hit movie thriller Gas Light, in which a woman’s husband constantly pushes her to doubt herself and her reality. His goal is to get her to commit herself to an insane asylum so he can get her inheritance. Although the movie thrust the modern term of gaslighting into modern society, it’s a psychological tactic that goes back as far as ancient Egypt. And it’s mostly been used against women through the concept of hysteria. The word hysteria comes from the ancient Greek word hystera, which means “uterus” and was how men tried to explain everything that was mysterious and unknown about women. Men used it to basically be able to dismiss women’s health issues and further ignore them. Gaslighting them.

While it’s a common term in social media, it can play out in the real-world as well. Often in abusive relationships where men feel powerless and seek a way to dominate a woman. It can also be used in public settings and activities. Many men have used it in instances of sexual assault to stop women coming forward and sadly, it has often worked.

Women who are gaslighted often retreat within themselves, disconnect from friends and family and suffer from anxiety and self-doubt and self-criticizing. Sometimes without realizing the full impact of what has been perpetrated on them.

The first thing to understand is that it is not you. Those who perpetrate gaslighting are often weak and suffer from self-hate and may have anger issues. They’re seeking control and power and they do this by victimizing, whether through social media or in real-life.

When it happens on social media, try to see it for what it is. Look at who’s doing it and then look beneath the surface of their statements and you will likely find they’re doing it to others. If you realize you’ve been a victim of gaslighting in a personal real-life situation, seek help from friends and family. You want to find psychological help as well to build resilience and restore your self-confidence. If it happens to you via social media, immediately block the person who did it. Don’t respond to them, that just gives them a sense of being right and encourages them to keep going.

Author: Alexa Hurst is a staff writer for HUM@Nmedia, the parent brand for Optimyz and Silver Magazines, based in Halifax, Nova Scotia.

Your thoughts control your destiny