The importance of gut bacteria 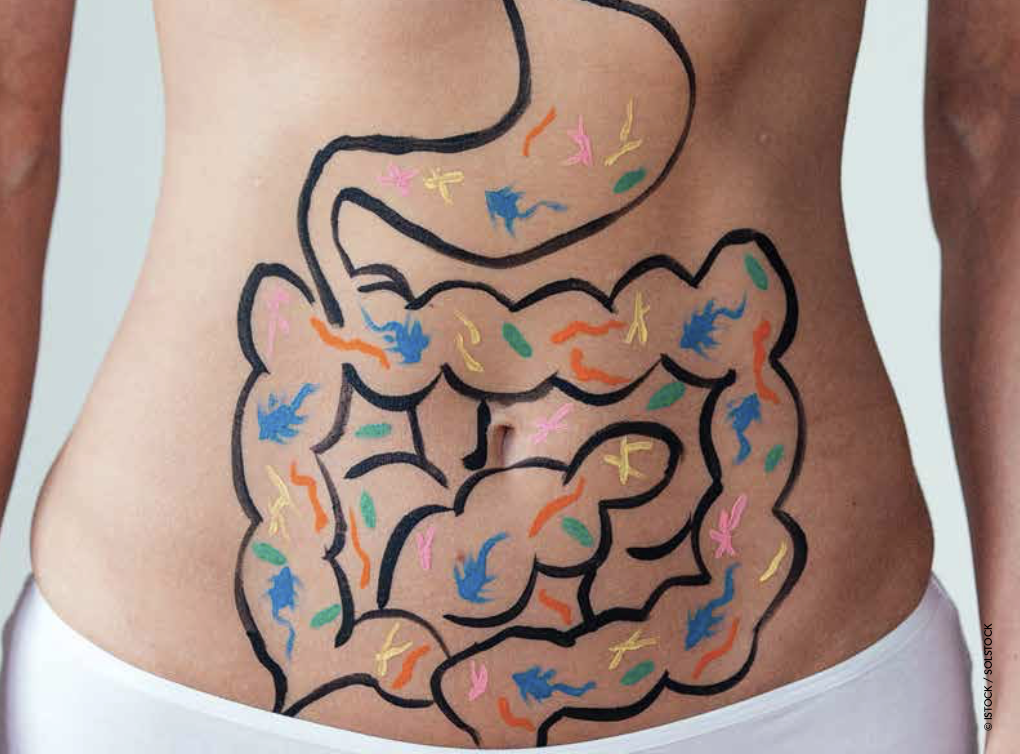 We know that females are different. Scientists call it “sexual dimorphism,” where sexes within a species differ significantly—from their behaviour to the way their organs work.

This is true of the gut too. Your gut microbiome is the DNA belonging
to trillions of bacteria in your bowel. Scientists know the gut microbiome plays an important role in cardiovascular disease (CVD) risk, and new research from the journal Biology of Sex Differences suggests sexual dimorphism here too.

Let’s look at sex differences in CVD by considering the gut microbiome and how it influences the three primary CVD risk factors: sugar and fat metabolism, blood pressure, and body weight.

Type 2 diabetes is a major CVD risk factor where the body is less sensitive (i.e. resistant) to insulin—a hormone that regulates blood sugar levels. So, how could diabetes risk differ in women compared to men?

The gut microbiome influences CVD risk by contributing to insulin resistance. This can happen in two ways: by bacteria interfering with signalling pathways, or by making branched- chain amino acids (BCAA’s) in the gut. Both promote inflammation.

Insulin signalling pathways are diminished by having too many Bacterodietes and Firmicutes and not enough Proteobacteria. This sexual dimorphism may be partially explained bu differences in sex hormone levels (i.e. more testosterone in men, and more estrogen and progesterone in women).

Female sex hormones can also protect against insulin resistance by speeding up the breakdown of BCAA’s in blood. And, females have less of the BCAA- producing species, Prevotella copri and Bacteroides vulgatus.

FAT METABOLISM
The main job of gut bacteria is to digest dietary fibre to make short-chain fatty acids (SCFA’s). SCFA’s may affect CVD risk by interacting with receptors in liver, heart, and muscle tissue to lower blood-fat levels. According to an article published in Biology of Sex Differences, the SCFA’s in female mice influence these receptors much more strongly than in males. This suggests that women have a lower CVD risk than men because of their gut microbiome.

Also, certain gut bacteria influence the breakdown of sex hormones that are made from fats, affecting blood-fat levels. Therefore, women who tend to have more Firmicutes bacteria, may have a lower CVD risk than men.

The production of SCFA is not only associated with CVD risk relative to fat metabolism—it also influences blood pressure.

The SCFA propionate has been shown to reduce inflammation by affecting particular immune cells. Less inflammation means lower blood pressure and, thus, lower chances of developing CVD. So, if women consume more dietary fibre than men— totally within their control—they are likely to make more propionate and this may lower their overall CVD risk.

In contrast, the gut microbiome in male rats appears to raise blood pressure in arteries. This is because it aggravates the immune system. In other words, the gut bacteria in males favour inflammation, and this raises blood pressure and overall CVD risk.

But, bad news for women, too— Lactobacilli make compounds that are known to narrow blood vessels, raising blood pressure. Women typically
have more Lactobacilli in their gut, predisposing them to CVD.

How else does the gut microbiome contribute to sexual dimorphism in CVD risk? Yes—body weight plays a role too.

Recent studies have found that obese women have more Firmicutes bacteria in their gut. In these women, Firmicutes extract more calories from food than other bacteria strains, further encouraging weight gain.

How do bacteria extract more calories exactly? Well, Firmicutes are better
at making certain enzymes in obese women—ones that break down sugars that normally can’t be digested. This increases fat storage and promotes inflammation, which can contribute to weight gain and a higher CVD risk.

What’s more, certain SCFA’s increase the amount of fats that are stored in the body by activating specific enzymes in the liver. Women may make more of these liver enzymes than men, meaning that they store more fat and have a higher risk of obesity, and CVD.

There are 100 trillion bacteria living inside the large bowel. The gut microbiome—also known as gastrointestinal microbiota, gut flora, or enteric bacteria—is the genetic material belonging to the complex community of tiny organisms living in the digestive tracts of humans and insects. There are more bacteria in the human bowel than anywhere else in or on the body. This community is established in the first one to two years of a person’s life. The bacteria helps prevent infection, digests dietary fibres in food, and produces essential vitamins. An imbalanced gut microbiome has been linked to many diseases, including cardiovascular disease.

More Insights: Check out this insightful article on the truth about fats and which ones are good.

Author: Sophie Ash is a freelance medical writer and copywriter based in Toronto. She creates educational content in healthcare and pharmaceutical industries, across all therapeutic areas.

Not yo mama's meatloaf

Common injuries affecting new moms and how to prevent them

The 5 pillars of wellness

The path to a healthy gut