The hidden power of fungi 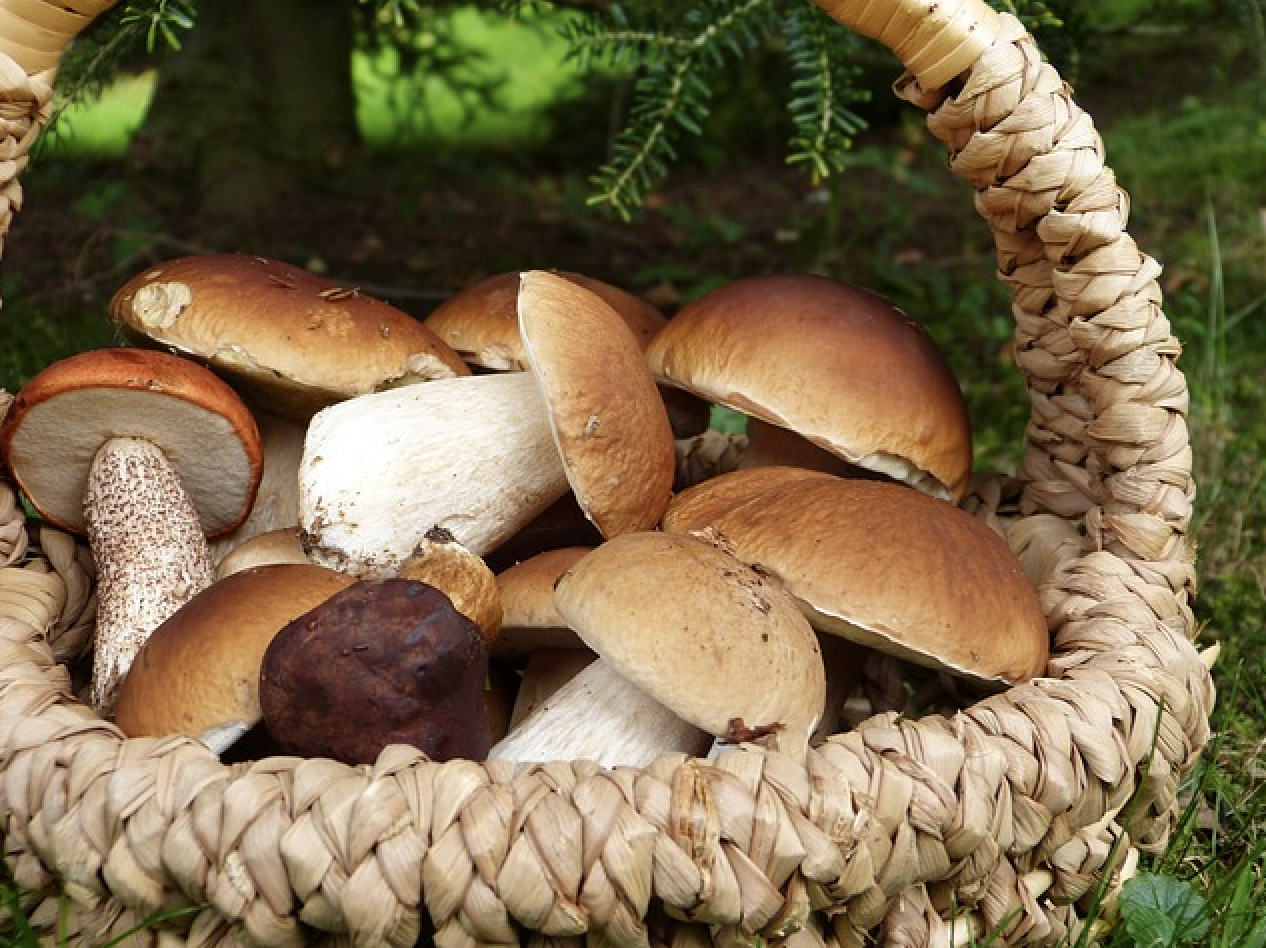 In many Eastern traditions, mushrooms are considered the number one superfood. For centuries mushrooms have been revered in the East for their medicinal properties and health benefits.

In the West however, mushrooms are often overlooked—seen as a protein substitute at best. It is only in recent years that fungi have begun to get the attention and acclaim they deserve when it comes to their healing powers.

More than 50,000 species of mushrooms exist on the planet. While some are poisonous, most are edible, yet only about 20 varieties are flavourful enough to eat. But eat them you should, say the experts.

THE HEALING POWER OF MUSHROOMS

Science has proven that mushrooms can improve your health in a variety of ways.

Keep in mind that reliable information on medicinal mushrooms is limited. Always consult with your healthcare provider when introducing new foods into your diet.

According to Anthony William, New York Times Best-selling author of Life- Changing Foods, the chaga mushroom is “one of the most medicinal foods and overall tonics of the century.” Science has proven that mushrooms can improve your health in a variety of ways.

The chaga mushroom, which is a rather unsightly type of fungus, resembles a dark clump of dirt more than a mushroom. It grows on birch trees in cold climates such as Northern Europe, Russia, Alaska, and Northern Canada.

Chaga mushrooms do not taste like your common white button mushroom or the popular cremini mushroom. Instead, they have a rich earthy flavour with a slight bitterness. They are best consumed in a drink form.

To introduce some chaga into your diet, William suggests making a chaga mushroom tea in the evenings, or adding chaga to your morning smoothies. He also recommends sourcing chaga in a fine powder form as it helps increase nutrient absorption.

Menopause is a normal condition that every woman will experience as she ages. The term “menopause” refers to the time in a women’s life when she stops menstruating, making the end of her reproductive period.

While some women sail through menopause with a smile and without any issues, many suffer from debilitating symptoms that greatly affect their quality of life. The list includes, but is not limited to, sleep disturbance, hair loss, vaginal dryness, mood swings, weight gain, decreased libido, and hot flashes.

In the East, reishi mushroom extract is widely respected for its ability to improve energy levels, balance hormones impacted by menopause, and reduce those uncomfortable hot flashes. When consumed in small doses, studies reveal that the reishi mushroom may also help reduce insomnia and support natural sleep cycles.

Reishi mushrooms may also help with hormonal weight gain. A study on obese mice conducted by a group of international scientists showed a notable reduction in body fat after they were given reishi mushroom supplements.

A bitter mushroom that grows predominantly in hot and humid locations in Asia, there are a few different ways to consume this powerful fungus. It comes in a tea, a pill, or in a powder form that you can add to smoothies or hot beverages. Or you can simply eat it fresh, or slice and dice it and add it to stews, soups and broths.

Modern research suggests that these funky looking fungi have anti-bacterial and anti-inflammatory properties, and they can boost the immune system by encouraging the growth of beneficial gut bacteria.

Multiple studies conducted on mice suggest that lion’s mane mushrooms have strong antioxidant properties and have the ability to lower the risk of diabetes, ulcers, heart disease, and certain types of cancers.

Known as the “smart mushroom,” lion’s mane is reported to also improve memory and focus, and help with neuroregeneration (the regrowth or repair of nervous tissues and cells) which can help with conditions like dementia.

To get your hands on some lion’s mane, order online or pop down to your local health food store. You will find that lion’s mane comes in a fresh or dried form, as a supplement or powder.

If you want to cook lion’s mane and incorporate it into your meals, slice it into steaks like you would a portobello mushroom and cook it slowly with butter or olive oil.

Cordyceps are “worm-shaped” mushrooms originally grown in China. It’s recently been discovered that cordyceps medicinal properties can support the adrenals which produce the hormones cortisol, estrogen, and progesterone.

For women especially, cortisol, estrogen, and progesterone work together to regulate overall health and wellbeing.

Cortisol (commonly known as the “stress hormone”) is an especially important hormone because it is involved in many important bodily functions. However, when there is too much cortisol released into the body, which can be caused by too much stress, the result can be adrenal fatigue. Cordyceps can help to reverse adrenal fatigue, which can lead to improved stamina, endurance, and energy.

In addition to being a powerful adaptogen, cordyceps have been found to decrease inflammation, provide a natural energy boost, and lower blood-sugar levels. They have also been shown to improve exercise performance in adults.

In a randomized double-blind placebo controlled clinical trial assessing fermentation producers of cordyceps sinensis, cordyceps was found to improve VO2 max (the maximum amount of oxygen you can utilize during exercise) in its participants by 7%, versus those who were given a placebo pill that showed no change.

These caterpillar-like shrooms have been used as food, medicine, and in spiritual practices since at least 5000 BC. They have been described as a powerful medicine in old Chinese medical books and have been used in Tibetan medicine since ancient times.

Cordyceps can be found in pill, liquid, and powder form. Adding the powder to stews, broths, and soups is an easy and effective way to incorporate this helpful fungus into your diet. The liquid form can be added to hot beverages.

While there is still more research to be conducted on the power of medicinal mushrooms, their health benefits are becoming clearer. Before embarking on any new diet, it is always advisable to consult your naturopathic doctor or healthcare provider. Especially if you are pregnant or taking medications. Some medicinal mushrooms can cause side effects like allergies or stomach upsets.

NOTE: Check with your doctor first to confirm if adding medicinal mushrooms to your diet is safe for you.

Most of these mushrooms can be found in a powder form at your local health food store.

More Insights: Check out this cool article on the power and benefits of the boring old potato!

Author: Michelle Armstrong is a regular contributor to Optimyz Magazine and is a certified personal trainer, certified nutrition specialist, gifted intuitive and medium, and the author of TRANSFORM— Reclaim your Body from the Inside Out. She specializes in empowering women to listen to their bodies and trust their intuition when it comes to managing their health and wellness

The newest fitness technology for 2020

Strong is the new sexy.

To cleanse or not to cleanse