Recently, I’ve come across many stories shared by women about their struggles with ADHD, sharing their symptoms, methods of managing symptoms, and how their symptoms were overlooked for years. I began to identify with these women. 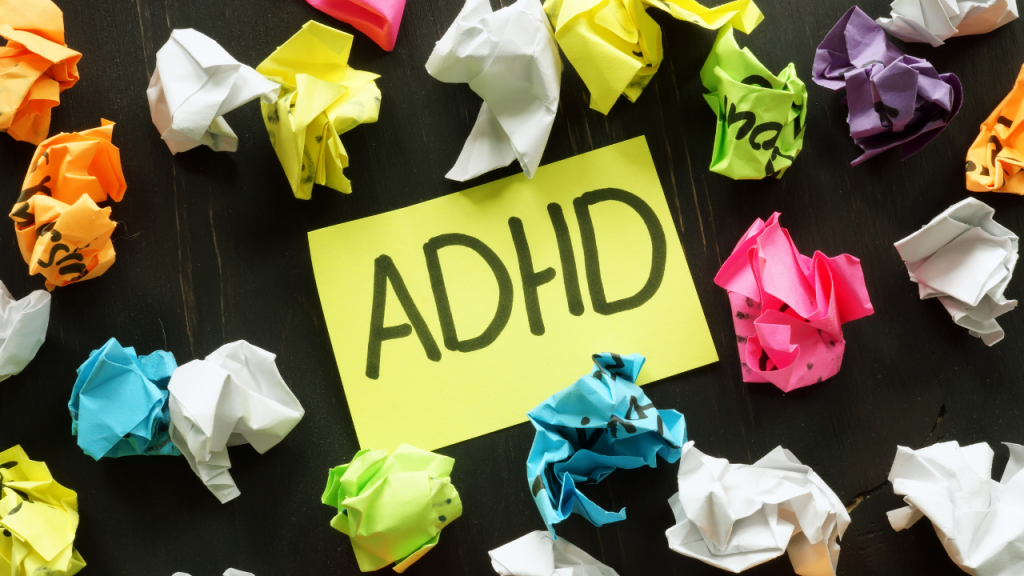 I am a young woman diagnosed with anxiety and depression disorders. I’ve always struggled to find the right combination of medications and to find the right coping strategies. Recently, I’ve come across many stories shared by women about their struggles with ADHD, sharing their symptoms, methods of managing symptoms, and how their symptoms were overlooked for years. I began to identify with these women. I felt like some of my own symptoms were overlooked or chalked up to my other mood disorders.

I researched ADHD extensively: Its different presentations, how it affects women differently, and how symptoms are often misinterpreted as personality traits and flaws or misdiagnosed as a mood disorder like anxiety or depression, and how this affects women in the long run.

While I wait for my upcoming appointment to discuss the possibility of ADHD with my doctor, I want to share some of what I found. Because there are so many women struggling with undiagnosed and untreated ADHD.

How symptoms vary between men and women

Attention-deficit/hyperactivity disorder (ADHD) often presents itself differently in women and girls than it does in men and boys. In fact, it can present so differently that women with ADHD often live undiagnosed. This is due in part because the disorder was traditionally thought to affect mostly boys and men, but also because women tend to have less obvious or socially disruptive symptoms.

ADHD can present itself in three different ways: inattentive, hyperactive-impulsive, or a combination of both.

Women tend to exhibit inattentive ADHD which looks like difficulty focusing, disorganization, feeling overwhelmed, and difficulty with time management, like procrastinating. Women with ADHD also often have a history of anxiety or depression since symptoms can overlap and these mood disorders often coincide.

Why does it seem like ADHD only affects boys?

Misconceptions about ADHD have led many to believe that it’s only for hyperactive boys. Until recently, most studies have focused on boys with ADHD, so more is known about how boys experience ADHD and how their lives are affected.

However, many girls are never diagnosed and research indicates that up to 75% of girls with attention problems are undiagnosed. ADHD does occur in girls and women; it just might look different. When women go undiagnosed, they lose the opportunity to understand their disorder and implement the right management strategies.

ADHD symptoms in women are often explained away

Symptoms of ADHD in girls are often viewed as personality traits rather than symptoms of a disorder. Being shy or talkative are often perceived as personality traits instead of symptoms. A girl might be described as forgetful or anxious; later in life she may reach out and ask for help, only to be treated for anxiety or depression without recognizing coexisting ADHD.

Since women often show inattentive ADHD symptoms and have a tendency to internalize their feelings, women’s subtle presentations can easily be misinterpreted. A woman struggling to complete household tasks or being late to her child’s soccer game might be dismissed as a mood disorder like anxiety, or even just as a busy mom.

Many women with ADHD only get an accurate diagnosis in their 30s and 40s. Some research suggests that parents, teachers, or doctors miss the ADHD symptoms and behaviours in young girls because they aren’t as obvious as boys with ADHD. It’s also possible that doctors misdiagnose girls and young women with other mood disorders like anxiety and depression instead.

Women struggle with ADHD just as much as men do, if not more. Here are some statistics and facts about women with ADHD:

Low self-esteem: Women with ADHD are more likely to have low self-esteem. They are also more likely to experience major psychological distress such as severe anxiety and depression. Chronic stress due to these issues can also lead to other conditions, like fibromyalgia.

Job instability: Adults with untreated ADHD are more likely to struggle with job stability. People with ADHD may be less likely to graduate from university or even high school, and thus find it more difficult to have a stable income. Research also suggests that adults with ADHD may struggle with staying focused and organized at work which could lead to difficulty keeping a job for an extended period of time.

Parent-child conflict: Untreated ADHD can cause conflicts between parents and children. Parents with ADHD may have more trouble controlling their emotions and impulses, which in turn can lead to difficulty, frustration, and conflict with their children.

Relationship conflict: Parent-child relationships aren’t the only relationships that can be affected by untreated ADHD. Some research has found that the partners of people with ADHD may feel more neglected than those without ADHD. This research also indicates that husbands of women with ADHD may be less tolerant of their partner’s behaviours than wives of men with ADHD.

Poor coping strategies: Women with untreated ADHD often have poor management strategies which can take a toll on daily life and magnify struggles. They may find it difficult to keep up with the demands of their job, cook regular family meals, or stay on top of household tasks. Feeling like you’re always behind can lead to chronic stress and exhaustion.

Addiction: Research shows that adults with untreated ADHD are more likely to abuse psychoactive substances and alcohol, and are more susceptible to nicotine addiction.

Women with undiagnosed and untreated ADHD are also affected by society and its standards. As women’s responsibilities increase, their psychological distress increases too, but low self-esteem and shame – symptoms related to inattentive ADHD – rarely allows their needs to come first. When women with untreated ADHD are distracted from their own self-care and well-being, they might postpone doctor appointments, struggle with getting enough sleep, and have inconsistent eating patterns, all due to inattention and impulsivity, and these things can result in more serious complications.

These issues are undoubtedly stressful and can result in chronic stress on top of their often debilitating symptoms of ADHD. When ADHD is misdiagnosed, or even ignored all together, women may depend on prescription medications to manage anxiety, mood swings, sleep, or pain. They may also self-medicate with alcohol or drugs. This is treating the symptoms but ignoring the disorder.

Women with ADHD learn to mask and appear less symptomatic in order to conform to society’s norms and ideals, yet their suffering continues. Stereotypesthe  around organization, cooperation, compliance, and social behaviours may encourage girls and women to deny or compensate for ADHD symptoms in the classroom, office, or family structures.

Women with ADHD may distance themselves from friends and family and hide their distress from partners. They are also more likely than men with ADHD to blame themselves for their difficulties and to feel lucky when things turn out well.

Believing they are unworthy, women with undiagnosed ADHD may endure relationships involving emotional and physical abuse. Such hopelessness combined with ADHD symptoms, like impulsivity, contributes to significantly more self-harm compared to men. They also have a much greater risk of suicidal thoughts and attempts. Recent studies suggest that women with ADHD are more likely to die earlier from unnatural causes, especially due to accidents.

Society not only influences the way ADHD affects women individually, but also how it may affect the whole family. Statistically, women are typically in charge of caring for the children and the home. However, some women close themselves off and manage to hide their symptoms to avoid shame and rejection, while other women may feel their lives are in complete chaos – or both! When the woman of the house is in distress, the whole family is affected.

If you identified with any of the symptoms or challenges listed above, make an appointment with your doctor or go to walk-in clinic to discuss the possibility of getting tested. I’m not a medical professional and I won’t tell you the best way to treat ADHD, but there are some very good treatments and coping strategies that your doctor can explain to you once you’ve been diagnosed. But remember, just because you relate to some of the things mentioned in this article doesn’t mean you have ADHD. Talk to a medical professional if you’re concerned and go from there.

Women are often times overlooked, misdiagnosed, or even ignored. Be your own advocate and don’t let your health fall behind. You’re not alone in your struggles, but just because there are so many other women struggling doesn’t mean this is normal. All women and girls should get the help they deserve.

We need more research to explore the ways ADHD affects women differently than men, and how and why ADHD exacts a greater toll on women. Perhaps the combination of internalized symptoms, hormonal fluctuations, and the pressure of societal expectations creates stressors unique to women. However, attributing their difficulties and symptoms to their own character failures creates a cycle of distress. Struggling women being told their struggling is their own fault only creates more struggling.

If you resonated with this article, reach out to a medical professional and express your concerns. Let’s fight for our health and advocate for ourselves.