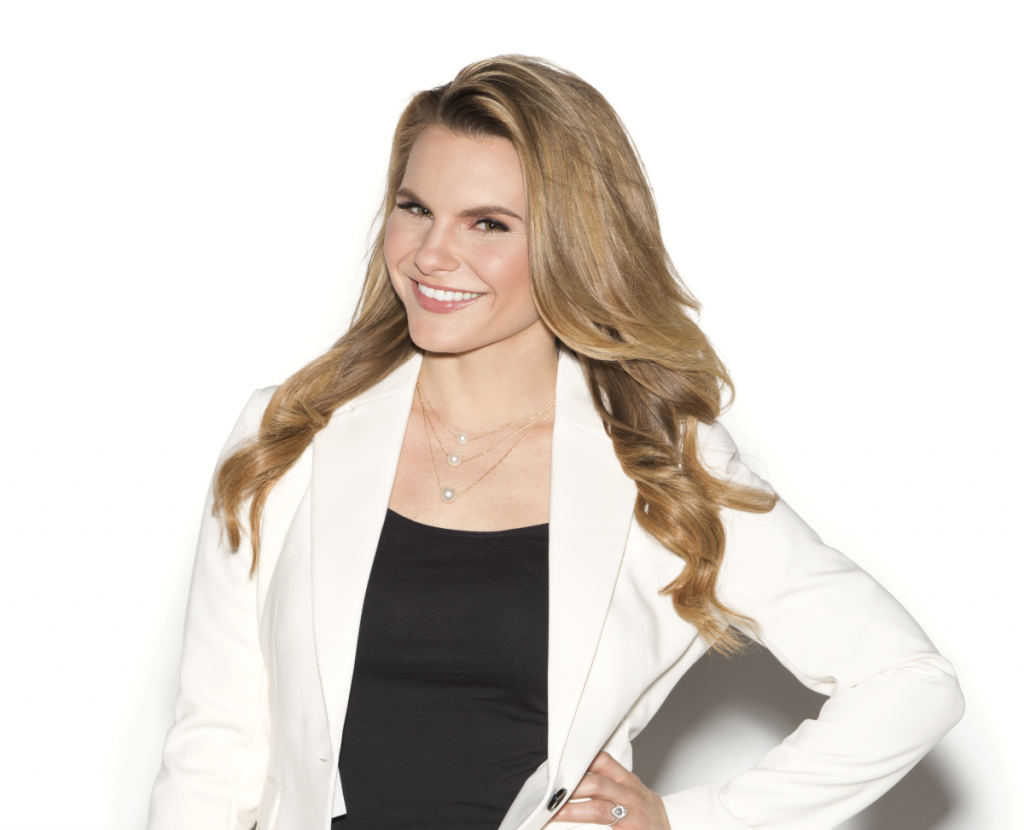 PHOTOGRAPHY: DAVE LAUS | HAIR & MAKEUP: TWO CHICKS AND SOME LIPSTICK | STYLING: MILA YUDINA
She’s the youngest-ever dragon on CBC’s Dragon’s Den, and this June Michele Romanow spoke at the same conference as Prime Minister Justin Trudeau. But when she wakes up in the morning, the odds are never in her favour. “I still don’t think I have a day where 80% of things go right,” she says. That’s actually the norm, not the exception in the life of the successful entrepreneur.

The 31-year-old is the latest addition to the Den, now airing its 11th season—her second. She plays herself—a contemporary businesswoman, gritty and demanding but respectful.

She’s got empathy for the contestants. “My best pitches always happen when they start with someone who’s willing to listen to me,” she says. It’s about making fair critiques, not rattling someone’s nerves. And if the pitch doesn’t work out? “It’s not the end of the world, try something else.”

Romanow lives this advice. She’s a generalist. Her deep knowledge caught the attention of Den producers and she was quietly asked whether she was getting inside info on the pitches before they were given. Nope. She has just tried—and failed at—so many of the proposed businesses.

She started North America’s première zero consumer waste coffee shop, The Tea Room, at Queen’s University while earning a civil engineering degree. It’s still in operation today. Queen’s is also where she met her two business partners. None of them were the type to stay up all night discussing the meaning of life. They spent their time together collaborating on business ideas—the more far out, the better.

Together they came up with the idea to export caviar, one of the oldest luxury products on the planet. An 80-page business plan, 20-tab excel model and six business plan competition wins later, she convinced a New Brunswick fisherman to rent her his sturgeon fishing licence, and, with her partners, started Evandale Caviar. This was 2008, the same year she graduated from Queen’s with her MBA at age 22. The business earned her a place on the 2009 finalist list for the Cartier Women’s Initiative Awards in Paris.

The 2008 economic crash cost Evandale the ability to export, and the business closed. “I realized that all the planning in the world couldn’t save me,” she said at a Queen’s Student Alumni Association talk in April 2016. 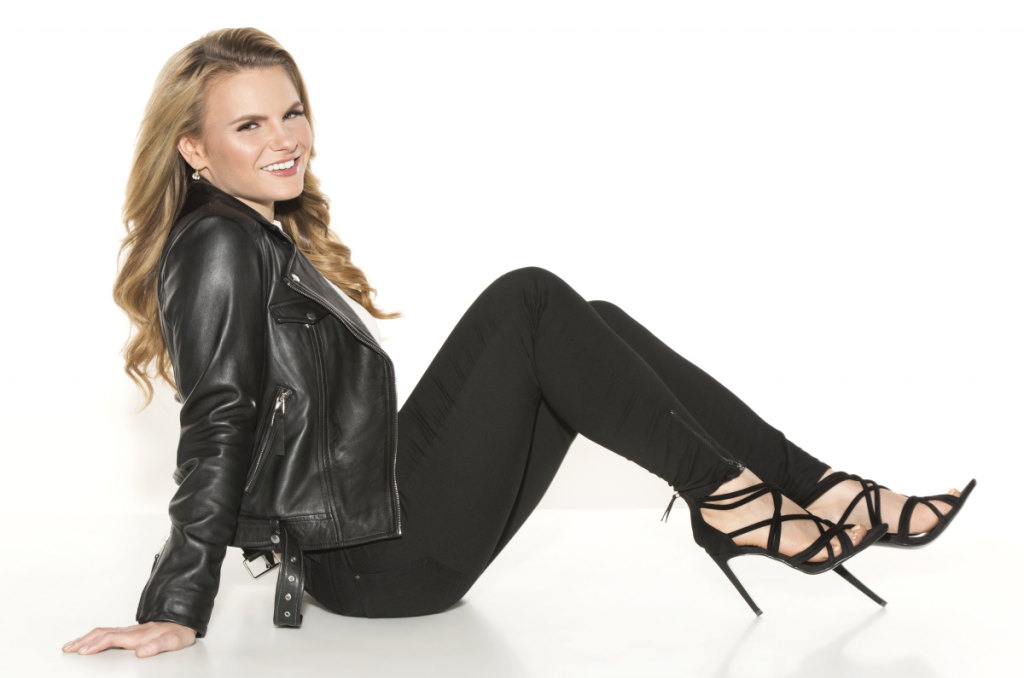 Romanow landed a job at Sears as director of corporate strategy. During her year at the company she watched as ecommerce grew. She founded Buytopia.ca, a daily deals site that became Groupon’s largest competitor. Romanow and her partners sold their innovative digital couponing platform, SnapSaves, now known simply as Snap, to Groupon in 2014.

Romanow now splits her time between Toronto and San Francisco as she gears up for her next venture into fintech. She’s not saying much about the specifics, but in her speech to the Queen’s Alumni Association she spoke about the way financial institutions and systems will be reinvigorated by technology. Similar to how the media was shaken up by social media. “I’m focused on what the future of work looks like,” she says.

Despite the impressive track record, Romanow insists she’s never started with a great idea. “I innovated to make them great,” she says. “It’s not about waiting to be blessed with the perfect idea, it’s about working your ass off to create something, launching it and adjusting your product along the way to suit your consumer.” In the start-up world, 80% complete is all you need to launch a product, Romanow says. She should know. Buytopia lunched at a tradeshow with an idea and a picture of an unfinished website. They made $10,000 in sales that day. Develop as you go.

“It feels lonely, it feels scary and feels like most of your day is 90% of things going wrong and 10% of things going right,” Romanow says about being an entrepreneur. It’s not for everyone.
“You become comfortable with that feeling and you expect that feeling,” because that’s what running a business is.

Nicole Verkindt, another Denmaster on Next Gen Den, the mobile-specific version of the show, is her running partner. Instead of chugging back beers on barstools, the friends can talk shop, mentor and push each other physically. Romanow broke a personal limit when she found herself running a half marathon with Verkindt one day. 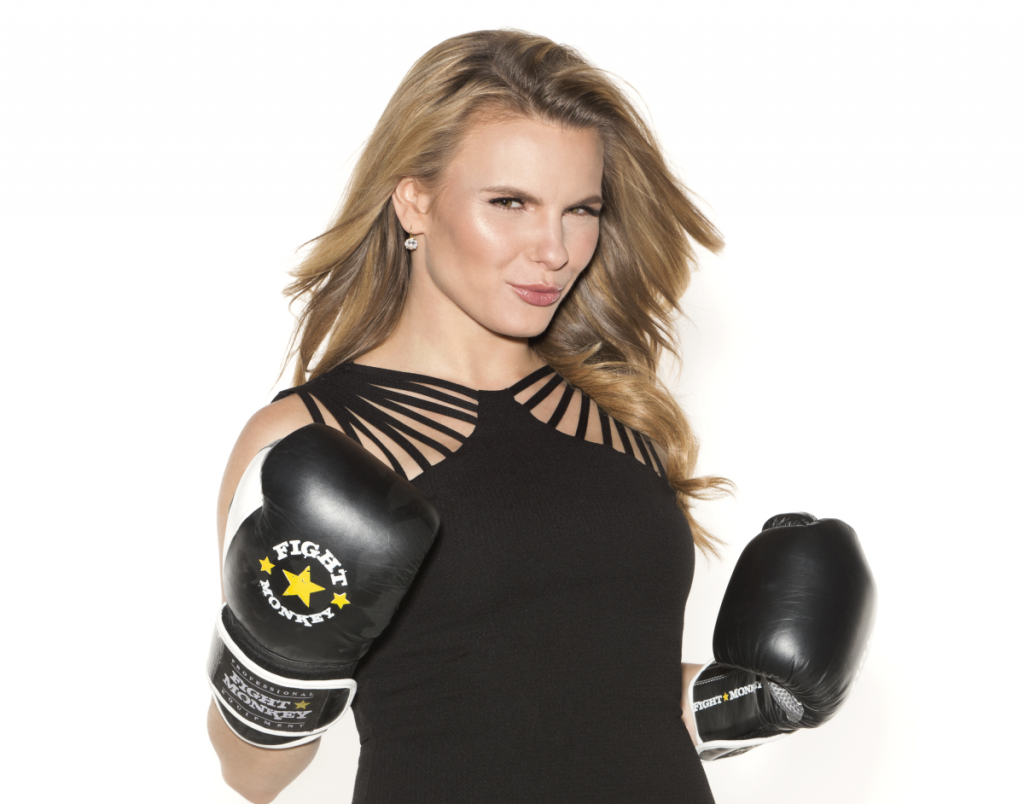 Yet, Romanow is a role model when it comes to setting realistic expectations. “There’s no question, I cannot exercise every day. There are too many days where my exercise constitutes running through an airport trying to catch a flight.” And she emphasizes eating as well as possible given your options. Fretting about eating a burger when you’re in airport food court hell isn’t helping anyone.

As an entrepreneur, she’s realized her work/life balance happens on a much longer time scale. “It’s all about perspective,” Romanow says. She doesn’t aim for the traditional one part each of work, social life and sleep in a day. Her frame of reference is the year. If that balances, she’s happy. As an entrepreneur, “there’s two speeds: You’re on or your off. And on is full tilt. You have to work quickly because the world is changing so quickly.”

Romanow seems to have been born to be an entrepreneur. She excelled in school and attended SHAD, an intensive four-week program designed to foster and mentor future entrepreneurs and game-changers in their high school years. The competitive program is rooted in science, technology, engineering and math.

As a university student, she pulled all-nighters all the time. She had the “sleep when you’re dead” mentality. Then she dated a doctor who did nothing but sleep when he was ill.
“You’re telling me that you go to school to study medicine for 13 years, and you just sleep when you get sick?” she thought watching him spend 16 hours in bed. “It was such an important insight for me.”

She’s still a night owl, but self-care isn’t something she skimps on anymore. “Couples that physio together, stay together,” is a favourite saying of her and boyfriend Andrew D’Souza. He’s also an entrepreneur and founder of Clearbanc, a banking service for the self-employed.

Whether you’re talking business or health, “The biggest message is you can’t beat yourself up,” Romanow says. There are always forces working against success, but “if you go though the world and you’re looking for opportunity, you will find opportunity.”

Romanow’s success is the result of a combination of hard work and a fresh attitude toward business. She takes care of her responsibilities and dreams, but not at the expense of her self—something we could all benefit from trying out.

More Inspiration: Check out this story on Canadian musician and celebrity, Jann Arden who was on the cover of Optimyz’ print edition in 2019.

Author: David Holt is associate publisher and sometimes managing editor of Optimyz Magazine and Human Media. He’s an avid writer and can often be found hiking in the snow in winter and paddling around a lake in his kayak in summer.