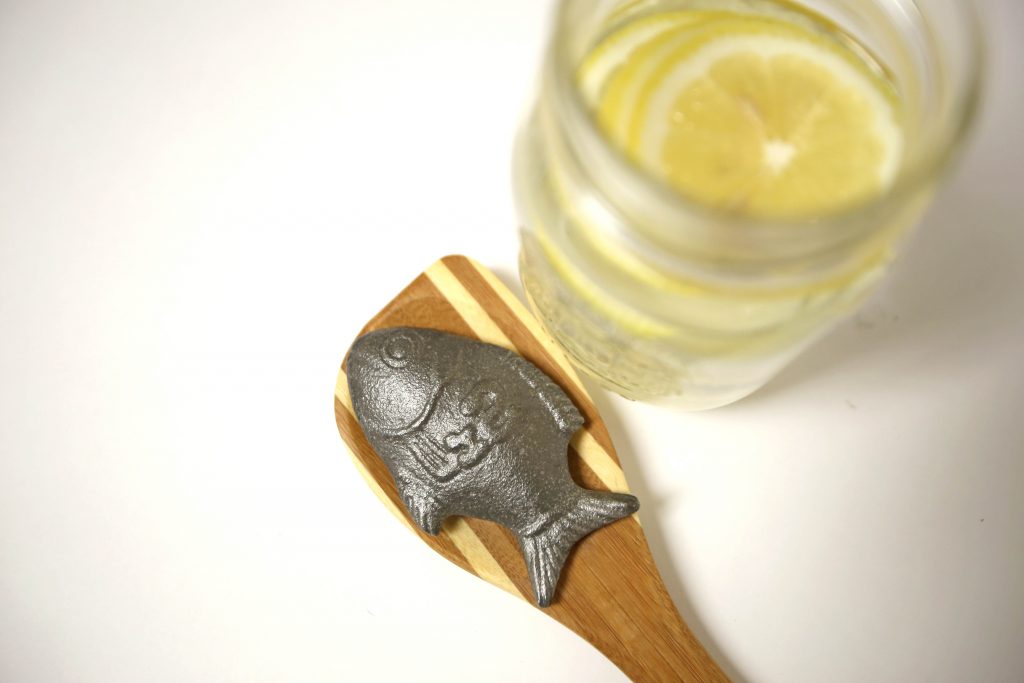 Iron is the mineral responsible for carrying oxygen through the bloodstream and aids in the formation of hemoglobin. While it is found in many foods from spinach to red meat to seafood, iron deficiency is still the most prevalent nutritional deficiency in the world.

Women are more commonly affected by as they require more than twice the daily intake than men, especially during pregnancy or heavy menstruation. Inadequate levels of iron result in unpleasant symptoms such as fatigue, strange cravings, cold hands and feet, brittle nails, paleness, weakness and irregular heartbeat to name a few.

Lucky Iron Fish, made in Bowmanville, Canada, is a product that was developed to help increase the intake of iron for Cambodian residents whose diets had very limited sources of the essential mineral. After nine months of using a Lucky Iron Fish daily there was a 50% decrease in prevalence of clinical iron deficiency anemia.

Cooking food with the Lucky Iron Fish for 10 minutes with two to three drops of citrus juice (or apple cider vinegar, if you prefer) in one litre of water or stock releases bioavailable iron.

For more information check out luckyironfish.com