Karen Furneaux, three-time Olympian and former world champion kayaker, wound down from the Beijing Olympics by competing in the Mazda Sprint Championships in Toronto-and winning. Then she took some time off. 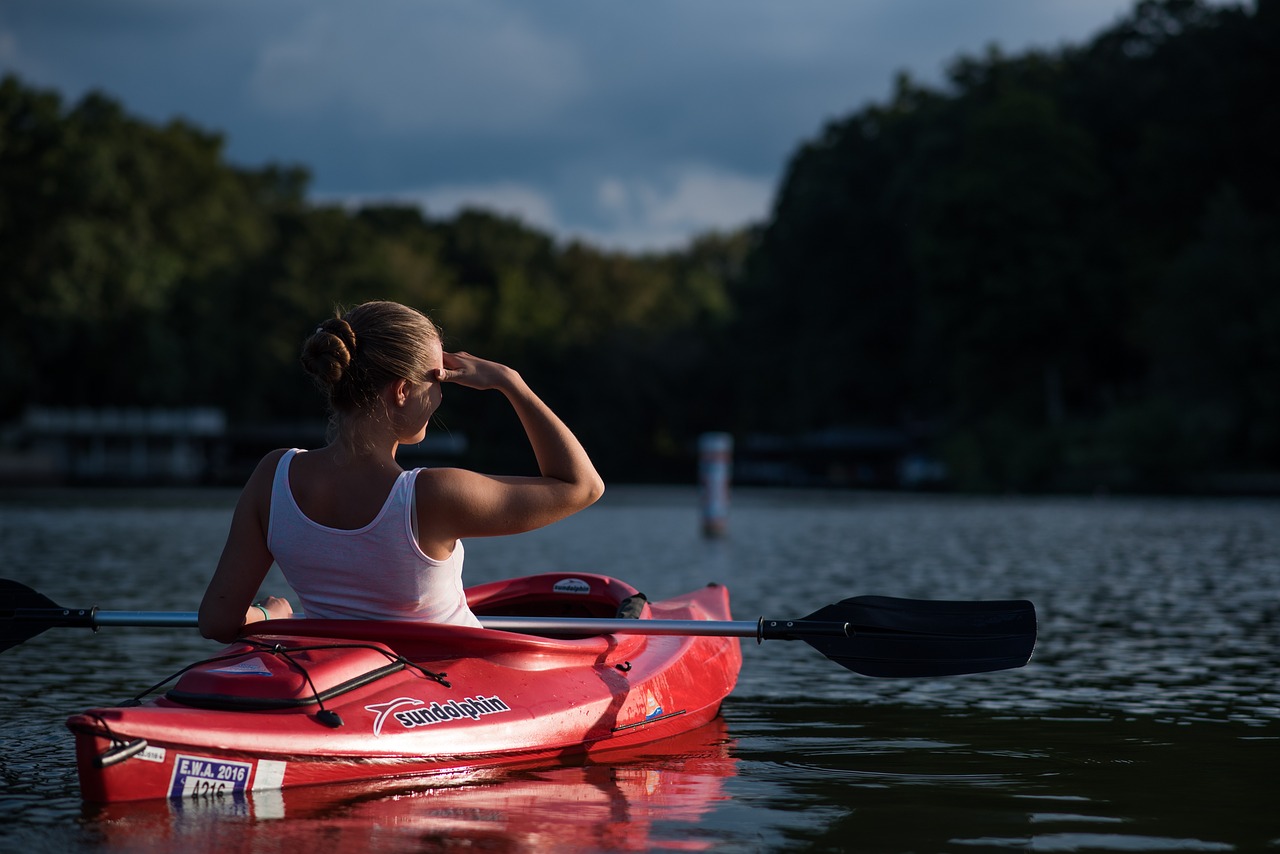 During the hiatus I meet her for lunch at the Inn on the Lake, the lake being Lake Thomas outside Bedford, NS. She is of middle height and thin, but when she leans on her arms you can see where some of the power comes from. Her eyes are bright with that alertness common to top athletes.

Since the beginning she has loved to race, especially the minutes before the start when she feels a blend of intensity and calm. “I love the pressure,” she tells me. “I live for that starting line feeling. I am a competitive person.”

She feels the same way when preparing for a presentation, part of her career transition. Heads up: she will be speaking at OptiMYz Live on Jan. 24 and 25 at the WTCC in Halifax.

Besides paddling she loves to run, and she has been working out for years. In winter she skis cross country. “I love to cross train–mix it up,” she says.

In the off season she also spends a lot of time at the gym (she has been a member at Nubody’s for years). She does power exercises to build the strength needed for the start (“hard core stuff like chins and dips, using my body weight”), and lots of reps to build endurance. A sprint race is about 200 strokes at close to maximum effort. “My sport requires a lot of push, pull and endurance–raw strength,” she says.

To get the jump on spring, she spends March and April training in Melbourne, Florida.

With an intense schedule of training and competing, Furneaux has to know how to recover and recharge. This is stuff not all weekend athletes appreciate, even those who spend a lot of time in the gym.

Her routine includes consuming sport drinks made by Nova Scotia firm RIVALUS; hydrotherapy (alternating hot and cold showers) to soothe tired muscles; and breathing exercises to relax. When training and competing she takes naps when she can and sleeps at least nine hours a night.

Four years ago, ever seeking that competitive edge, she started yoga and now she often starts and ends her training with a few well-chosen asanas (postures). “Yoga teaches you how to listen to your body,” she says. She still takes a class once a week at Breathing Space yoga studio in Bedford, and is training to teach.

Under the guidance of fitness coach Darren Steeves at Dalhousie University she pays close attention to core strength. “This helps when you are in an unstable position, on the water and otherwise,” she says.

After an injury a few years ago, she takes extra care of her back. “Improper spinal alignment can cause fatigue and lethargy. Your energy gets blocked,” she says. She gets chiropractic treatments from Dr. Brian Seaman at Halifax Chiropractic Clinic and is seen by an osteopath at Family Health Osteopathic Care in Bedford. She is a spokesperson for the provincial chiropractic association.

With degrees in exercise physiology and sport psychology and a strong competitive track record, Furneaux is entering a new phase. “I am in a career transition,” she says. “It is a new time for me. What else can I do? I am in the job market. It is terrifying and exciting.” One strong interest is health promotion: “helping people to be confident in their approach to fitness and health for decades to come.”

She says she may continue competitive paddling.

Signing on sponsors has allowed her to train full time in recent years. She is supported by VISA, McDonald’s, Pacrim, Bird Rideaux Costruction, Fraser & Hoyt, and Southwest Properties.

I call her up a few days later to chat. She is back to training full time-an outlet for that quiet intensity. She can’t stop now. It’s who she is.