The wonders of Omega Fats for the body! 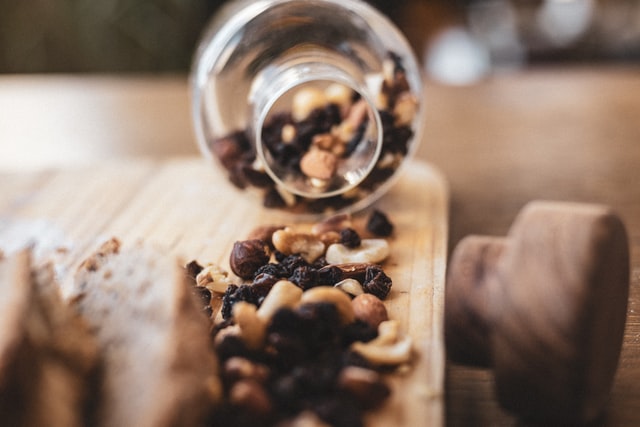 Your guide to the various types of omegas and how they can contribute to overall health.

We’re sure you’ve heard about the health benefits of omega-3 fatty acids, but most are unaware of the other omega fats that play various roles in improving overall health.

Dieticians know there are several omegas found in foods and supplements, but it’s important to know exactly what they are, what role they play in the body, how they contribute to health, and what foods contain them.

Omega-3 fatty acids make up a vital part of the human cell membrane. They have also been linked to everything from improved heart health, mental health, and bone health to decreasing liver fat, and inflammation in the body. They’ve even been touted in the slow-down of dementia.

Omega-3 is referred to as an “essential” compound, meaning the human body cannot create it on its own and therefore it must be taken through diet or supplements. Fortunately, there are plenty of ways to consume a healthy dose of omega-3’s.

Canadians of a certain vintage may remember being given cod liver oil in school. Turns out that terrible tasting concoction was a good source of omega-3. Eating fish is one of the best ways to add the essential fatty acid to your diet. Oily fish including mackerel, herring, sardines, and anchovies are all packed with omega-3. Salmon and tuna should also be part of an omega-rich diet.

Flaxseeds, chia seeds, and hemp seeds have all been credited as excellent sources of omega-3, due to their high alpha-linoleic acid content—a type of omega-3 fatty acid that is known to help reduce heart disease.

They are also high in dietary fibre, which helps overall digestion. However, they must be consumed in a ground form or they may not get fully broken down by the digestive tract.

Chia seeds contain many nutrients needed for the upkeep of your body such as protein, calcium and fibre. They also happen to be a great source of omega-3, and omega-6, along with almost half of a daily intake of fibre in a two-tablespoon serving.

With just seven walnuts containing about 60% of your daily omega-3 needs, these common nuts are a powerful source for boosting your omega-3 levels. They also contain plenty of dietary fibre along with some vitamin E, copper, and manganese. Try a few as a regular snack or include them in your next salad.

Traditionally, health-conscious eaters have tended to avoid egg yolk because of its cholesterol content.  But egg yolk from hens that have been raised on a diet of flaxseed, fish by-products, algae, and other omega-rich food also contains about 225mg of omega-3 per yolk. Look for labels that indicate that the eggs contain omega-3.

Soybeans in the form of tofu, along with navy beans, are a good source of omega-3, protein and fibre.

Like omega-3, omega-6 is an essential fatty acid, meaning that we need it to live, but our bodies don’t produce it. But unlike omega-3, foods containing omega-6 are far more common, even in unhealthy foods such as potato chips, processed meats and pizza. That means that most people tend to get enough omega-6 in their diet already.

Achieving the right balance of omega-3 and omega-6 is crucial. Studies have found that a typical North American gets anywhere from a 1:10 to 1:30 ratio of omega-3 to omega-6 in their diet.

Nutrition scientists now believe that a 1:4 ratio is optimal for health. Too much omega-6 can lead to inflammation in the body.

Unlike its omega cousins, omega-9 is nonessential, meaning that the human body makes its own omega 9. However, it can also be a benefit to get some omega-9 from food.

The classic Mediterranean diet is high in omega-9, mainly because it contains a fair bit of olive oil—an omega-9 powerhouse. Nutrient-rich avocados also pack omega-9 along with vitamin C, potassium, and vitamin K. And don’t forget the nuts, particularly hazelnuts, as an excellent source of omega-9.

More Insights: Check out this great article on the health benefits of dates!

Author: Tom Mason is the former editor of Progress magazine. In the past three decades he has written  extensively about business, technology, travel, lifestyles and Atlantic Canadian issues for a number of  regional, national and international publications.

Become a 12 Minute Athlete from home

The seven statutes of seduction

7 Tips to Stay Healthy in Your Workplace

On again, off again: Intermittent fasting

Straight from the source