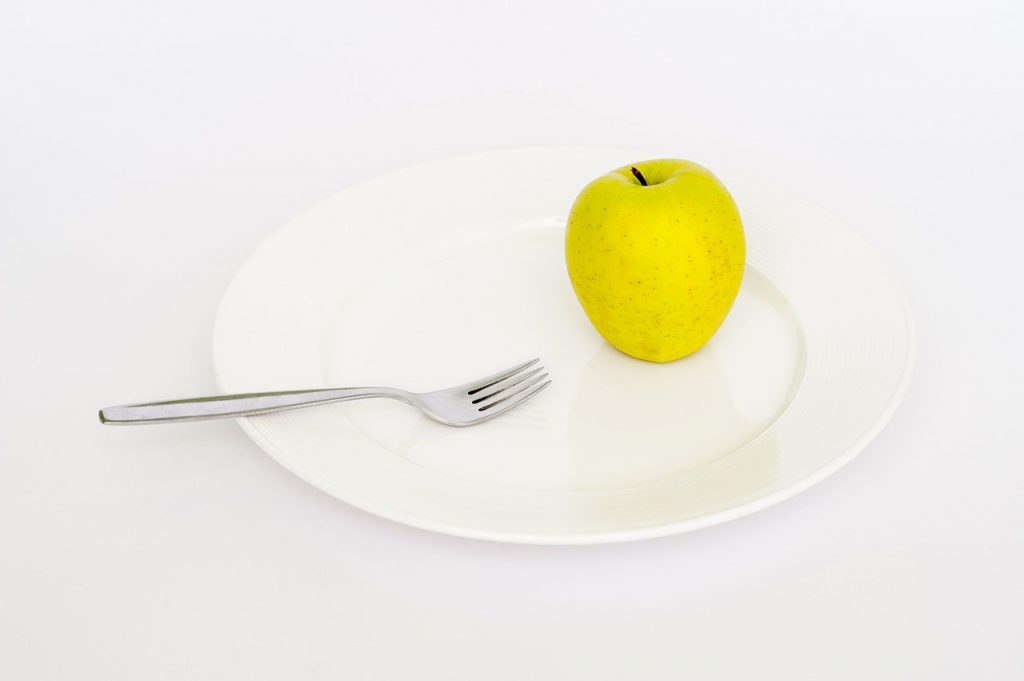 If you’re in the habit of missing breakfast, this is your moment. You’re the harbinger of the latest trend in food: Intermittent fasting, IF for short. This is not a diet. IF is an eating pattern designed to put your body through short bursts of fasting. Doing so on a regular basis may stimulate cellular growth and trigger your body to use up stored fat, resulting in weight loss and optimized health. It is also said to make you sharper and more focused.

Fasting has been practised since at least the 19th century, but 80,000 years ago, fasting was par for the course. Our ancestors lived a feast or famine existence between big kills, suggesting that human genetics are predisposed to regular fasting. Like the well-documented health risks of sitting all day at a desk, a rigid schedule might not be the most natural way to eat—and it could cause a host of health problems.

Intermittent fasting: what you need to know

You are a biohacker
Today we have a more sophisticated understanding of the body than our cave-dwelling forebears. Progress combined with technology and accessibility to data has given rise to the field of biohacking: The goal of making the body and mind as strong and efficient as possible. Using a DIY approach, biohackers make themselves into guinea pigs, experimenting with their own biology through supplementation, physical training and technology (such as Fitbit for collecting data). Biohacking can be as tame as improving your posture and as extreme as getting a magnetic implant in your finger so you can feel the magnetic fields around you.

Fasting is a branch of biohacking. Fasts can last anywhere from six to 24 hours or more, depending on the protocol you follow. The most well-known version is called the 5:2 diet, first introduced by doctor and journalist Michael Mosley. You eat regularly for five days of the week and fast for two non-consecutive days: On fasting days you consume between 500 and 700 calories.

Next level brunching
But there are other emerging IF programs, especially in the land of Type A extremism. WeFast is a community of biohackers in tech-central, San Francisco’s Bay Area, who have banded together to share information and resources about IF. They literally break their fasts together at their Wednesday morning breakfast meetings—most haven’t eaten for at least 24 hours.

The group of IF enthusiasts is organized by Geoffrey Woo, CEO of Nootrobox, a company specializing in nootropics—supplements for elevated brain function—another branch of biohacking. They are interested in IF for its alleged ability to maximize cognitive performance and longevity, giving them an edge in the highly competitive market. The whole Nootrobox team subscribes to a weekly Monday to Wednesday fast. “Your mind is disconnected from the body, less constrained,” Woo told Fortune magazine “There’s clarity, calmness, and productivity.”

How it works
The body stores carbohydrates in the liver in a compound called glycogen, which is broken down into glucose molecules when the body needs energy. This cache of accessible energy is depleted in about 16 to 24 hours during a fast. It’s why you crave pizza and pasta when you’ve gone too long without food; you want to replenish this carbohydrate energy source. During a fast, glycogen is depleted so the body has to revert to its backup stash of energy—fat tissue. Fat is converted into ketone compounds, which produce energy.

Studies on mice and rats have shown that fasting lowers insulin levels, making stored fat more accessible to the body and increasing human growth hormone, which has been linked to fat loss and muscle gain. This process informs the theory behind high-fat, low carb diets such as Atkins and the ketogenic diet. 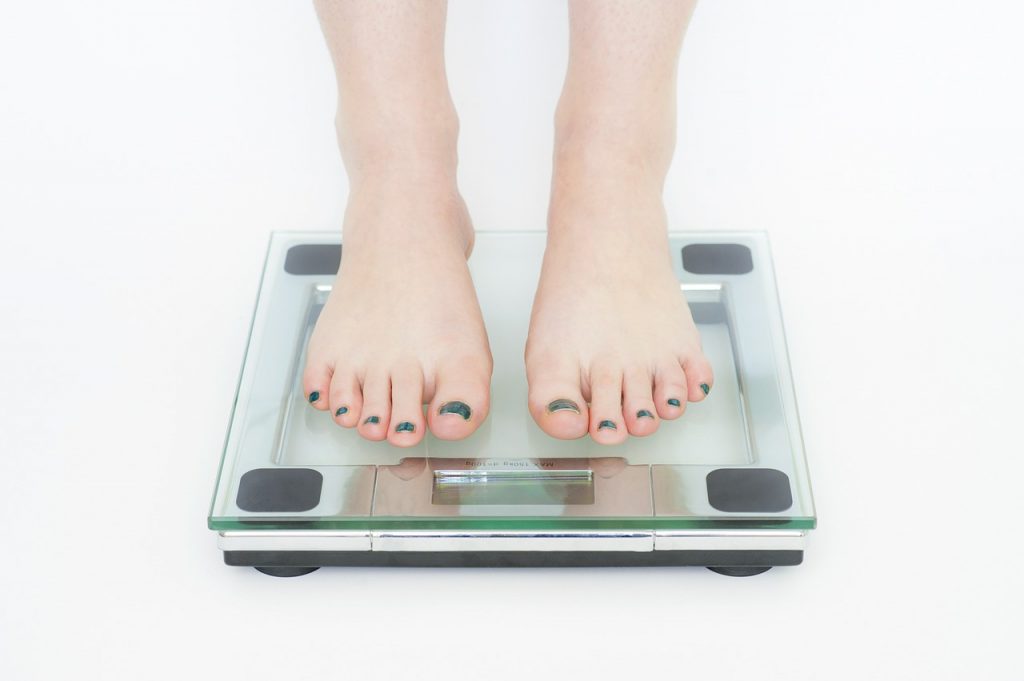 For some, that’s all they need to know. But there’s more to fasting than just burning fat. The same idea supporting the paleo diet, that optimal health lies in getting back to an “ancestral” way of eating, is behind IF. For our ancestors, excess fat was a necessity. This reserve of energy got them through the lean times, but researchers say that fasting also helped them focus on survival.

“It makes sense that the brain needs to function well when an individual is in a fasted state because it’s in that state that they have to figure out how to find food … they also have to be able to expend a lot of energy,” Mark Mattson, PhD, and chief of the Laboratory of Neurosciences at the National Institute on Aging in Baltimore told Business Insider. “Individuals whose brains were not functioning well while fasting would not be able to compete and thrive.”

It’s this mental acuity that many modern day fasters are after.

Scarcity also means changes in body processes. Leonard Guarente, the Novartis Professor of Biology at the Glenn Laboratory for the Science of Aging at MIT, told Business Insider that fasting slowed the natural aging processes of our forbears to get them through rough periods. Indeed, caloric restriction has been shown to be a promising anti-ageing technique in animals.

Research by Valter Longo, director of the Longevity Institute at the University of Southern California, showed that fasting reduced biomarkers for diabetes, cancer and heart disease in mice. “The body goes into a state of maintenance, a state of standby,” Dr. Longo told The New York Times. “There is not a lot of push for cells to grow, and in general the cells enter a protected mode.”

Dr. Mattson and other researchers have found that periods of fasting actually stimulate cellular repair and protein production. A process of recycling and cleaning out damaged cells called autophagy is also initiated during long periods without food. Many diseases stem from the build-up of damaged cells so this “cleaning house” could help the body defend itself against disease. Other studies are currently looking into literally starving tumour and cancer cells.

There is work still to be done before we can draw major conclusions about fasting and health. Research is in the preliminary stages so don’t quit eating just yet. If you do want to try fasting, make sure to talk to your doctor before-hand and seek guidance from the experts.

Why not?
IF may feel familiar. Many women have been through a version of a fasting cycle in an attempt to lose weight. We’ve been told that, if anything, this behaviour actually causes the body to hold on to weight—and that can be true. Much of the available scientific information about IF is based on animals or male test subjects.

Women have the hormonal shifts of menstruation and pregnancy to contend with and IF can cause depression, fatigue, sleeplessness, acne and even stop periods. Anecdotally, women have had success with IF, but with modifications. Like a diet, your fast is personal. Some women have to use a gentle schedule such as the 5:2 ratio, staggering their fasting days and keeping an eye on mood.

Intermittent fasting can be tough as hell to stick with. Expect headaches, irritability and anxiety. It could also be dangerous if you go too far. Malnourishment can have worse side-effects on the body than the diseases that fasting is meant to stave off. It puts you at risk of heart damage, for example. It may also trigger obsessive tendencies, especially if you have a history of eating or obsessive compulsive disorders.

More Inspiration: On the topic of fasting, you might like this article on why fat makes us feel full.