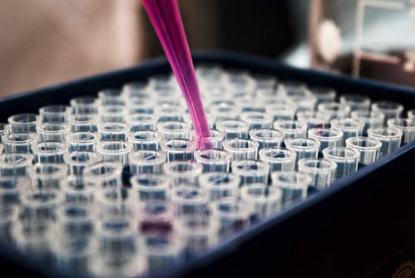 It’s been quite the year for bacteria. From kefir and sauerkraut to kombucha, the “it” trend of 2017/18 seemed to be all things fermented and gut-health related. While many Canadians are familiar with the benefits of probiotics, prebiotics are starting to become a staple term in many households as well.

With all the buzz surrounding bacteria, there is one underestimated member of the “biotic” family—and a group of Canadian researchers think it’s time to shine the spotlight on these unique bacterial by-products. Researchers at McMaster University are investigating the potential role of postbiotics in im- proving insulin sensitivity in the obese.

“Postbiotics come from bacteria, but do not require live bacteria to have an effect,” says Dr. Jonathan Schertzer, Associate Professor of Biochemistry and Biomedical Sciences at the Farncombe Family Digestive Health Research Institute. “Bacteria can make all kinds of compounds that humans cannot make and postbiotics can alter metabolism without changing resident bacteria.”

Unlike prebiotics, which are often referred to as “food for flora,” postbiotics are essentially metabolic waste or parts of dead bacteria that can influence host cell physiology. While probiotics are live and aim to populate the gut micro-flora with “healthy” bacteria, postbiotics are no longer living, so they are often easily tolerated while avoiding pitfalls associated with the intake of live microorganisms in certain populations.

Some unique health benefits of postbiotics are still largely under-investigated and may one day help with skyrocketing obesity rates world-wide. This connection is found in the study led by Joseph Cavallari, a PhD student in Schertzer’s lab, and his team of collaborators, which combines two of the most prevalent topics in current health research.

In order to address the issue of insulin sensitivity in the obese, the research team set out to find a bacterial factor that could potentially improve pre- diabetes status. What they discovered was a postbiotic derived from bacteria that demonstrated the ability to lower blood glucose and inflammation in obese mice.

“We found that injecting a specific postbiotic and an existing, synthetic drug based on this postbiotic allowed insulin to work better and lower blood glucose in obese mice,” said Schertzer. “While bacteria are often thought of as negative contributors to health, we are beginning to appreciate how bacte- ria can alter metabolic disease such as obesity and diabetes.”

Although the experiment has thus far been conducted only on mice, the im- plications of the findings could have significant impact on the Canadian population, potentially helping improve symptoms in pre-diabetic patients. Insulin sensitivity often declines as weight increases and as blood glu- cose levels begin to creep up. Type 2 diabetes is often the result for many individuals struggling to gain control of their weight. Scherzer and his team are developing a ground-breaking ap- proach that is right on target with what is needed for a healthier population.

While more research is warranted, Schertzer and his team are making great strides in the area of postbiotics. “There is a lot of interest in understanding—and hopefully changing—the bacteria that live in us for health benefits, but this comes with big challenges,” he adds.

Nevertheless, the future of post-biotic research is looking bright and these researchers are up for the challenge.

Author: Suno Woerthle MSc., is a freelance nutrition writer, health blogger and full-time research and development scientist in the vegan food industry. She enjoys the great outdoors, hiking and picnicking in the park.

The climb to fitness

How to be true to yourself

Common injuries affecting new moms and how to prevent them

6 steps to prep for cold and flu season