A running program for girls. 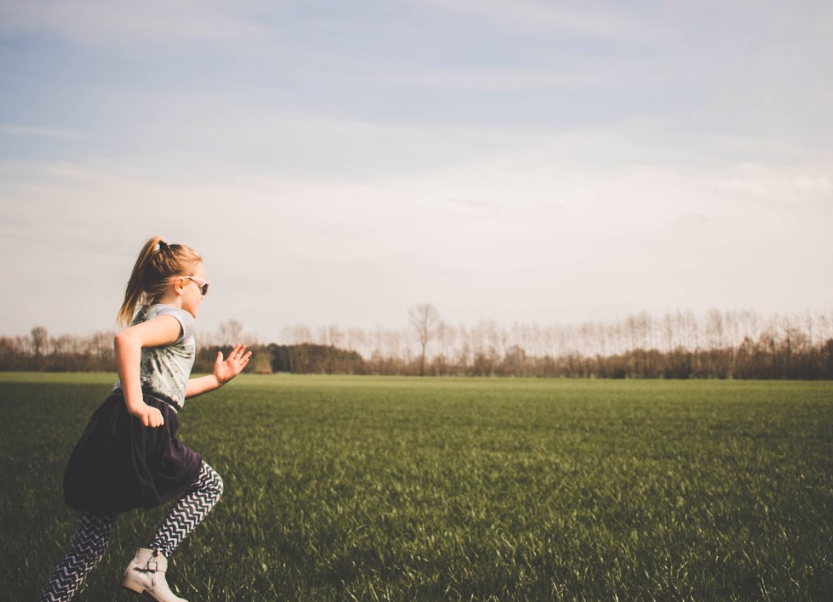 Stacy Chesnutt loves to run. Even more, she loves to show girls how their dedication to running can improve the rest of their lives.

Stacy Chesnutt still has the southern accent she acquired growing up in Tennessee, as well as the hospitable nature of that part of the world. As a girl in Nashville she played basketball and softball. She went on to play basketball at the University of the South in Sewanee, where she studied art history.

As a young athlete she realized she had limited coordination but she loved to compete. “My biggest asset was that I was stubborn,” she says. Running became her sport.

She moved to New York City to pursue her dream to become art dealer. After her early success was cut short by the dot-com bust, she picked up an MBA and switched to commercial real estate, then rose to a senior position with the Metropolitan Transit Authority.

On vacation at a race in Lake Placid, New York, she met Nova Scotian Tim Chesnutt, who was also there for the race. They fell in love and she moved to Nova Scotia. They married. She has both American and Canadian citizenship.

Stacy is passionate not only about running, but also about introducing girls to the sport. “I love giving them confidence at this pivotal time in the lives,” she says. “Running is hard. It shows them that if you can run, you can do anything.”

Today she is a race director and coach, the founder and head coach of Girls Gone Gazelle, a free all-girls run club. “Girls Gone Gazelle means everything to me,” she says. “I know I can make any girl a runner.”

She is also founder of Sole Sisters Women’s Race Series, the largest women’s 5k in Canada and the only quarter- and half-marathon in Eastern Canada. There is a new event called Li’l Sisters Races for girls 18 years and under. These races help to support Girls Gone Gazelle.

Along the way, Stacy has been encouraged by her husband Tim, the founder of the Subaru Dartmouth EPIC race series.

Always a volunteer, Stacy got into coaching when she was in the Junior League of Halifax in 2009. She was coaching boys and girls in Dartmouth and Spryfield and this morphed into Girls Gone Gazelle in 2012.

Girls Gone Gazelle was initially funded by the East Dartmouth Community Health Board through two grants. Stacy also received small grants from the Junior League of Halifax and the Canadian Association for the Advancement of Women and Sport and Physical Activity in 2012. She then decided to self-fund starting in 2013.

“For girls in high school, if you are not sporty there are no activities for you,” she says. “This is the gap in the educational system. I recently saw a statistic that the unhealthiest population of Nova Scotia is our 17-year-old girls.”

In a recent untimed fun run, she was Coach Stacy. “I showed the girls how to lighten up their feet and how to drink water on the run,” she says. She was thrilled to see an 11-year-old girl run hard and come in first out of 500 entrants.

Running helps give the girls the confidence they need to thrive in all areas of their lives, and not just to try to confirm to the expectations of others. “Girls aged eight to 10 can run no problem,” she says. “Then then when they hit 12 or 13, they start to worry about how they look. I teach them the mantra, ‘I don’t chase boys. I pass them.’”

Meanwhile, Stacy has not neglected her own running career. She has completed 50 marathons and a couple of hundred half-marathons. She has raced in London, Prague, Bermuda, Spain and across North America. As a triathlete, she has completed eight Ironman races, including the Ironman World Championships in Kona, Hawaii. In 2012, after 20 years of racing, she broke three hours in the marathon.

To find out more, go to www.girlsgonegazelle.com which will link you Girls Gone Gazelle and the three races Stacy directs.

More Inspiration: In this article, you can learn about a healthy diet for your kids as well!

The power of focus

Choosing to run. A beginners guide.

Pain and finding the root cause

Got the spring-cleaning bug? Advice from a celebrity concierge

Take the hurt out of high heels

The ritual of curling up with a book

Halloween is not cancelled