In this beautiful piece, Alison Garber describes the heart-breaking journey of losing her mother. 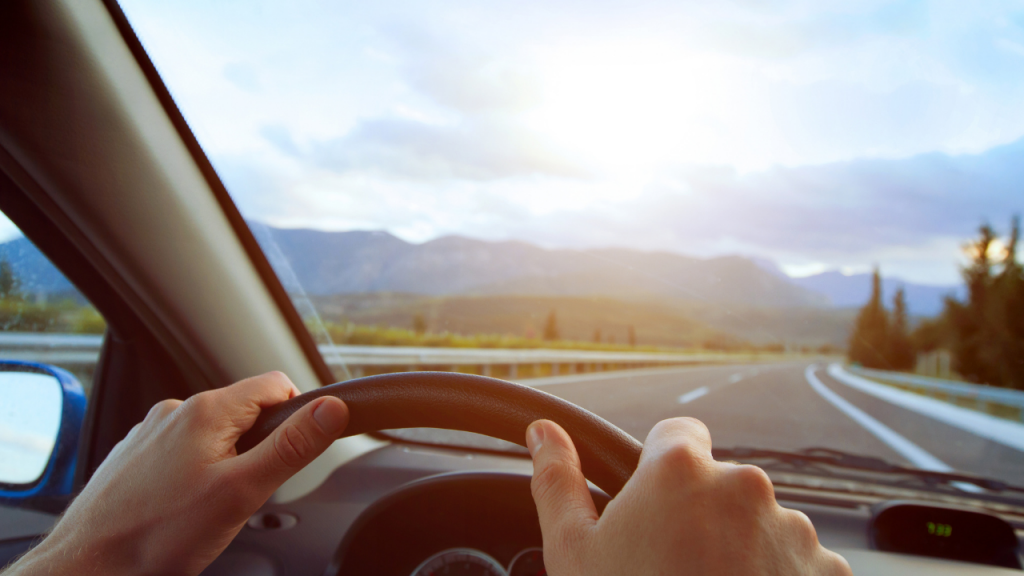 I had to break the silence, which had loomed heavy since we set out on the road.

“I’ll show you my favourite farmhouse.”

We had planned the day. I would take Mom to her radiologist appointment, we would pick up my daughter at her daycare, and we would make the two-hour-and-change drive to Smith’s Cove. To our family summer home, but really home. Home with the trellis of roses climbing the dark weather-beaten wood.

We had made this drive countless times during the spring, summer and fall months. Each year, new landmarks popped up and old favourites faded away. Always, the farmhouse that I loved.

We had planned the drive–but somehow, we had not planned for what we would be told by the radiologist. Reflecting back, we were idiots. All of us in that room. My brother and I for thinking that a brain tumor is discovered in a woman who had faced multiple bouts of cancer wouldn’t necessarily be terminal. The doctor, with his terrible bedside manner, for not realizing he was sitting with other idiots who didn’t know that their mother’s brain tumor was obviously terminal.

“You keep saying ‘quality of life,‘” I said irritably to the doctor. “What exactly are you talking about? Quality of life for what? For how long?”

He shrugged, “About six months, give or take.”

Countless times we had made this drive. Sometimes as a family of five. Three kids squeezed in the back. Dog at my mother’s feet, my father at the helm. The soothing voices of CBC on the radio, gently guiding us into vacation mode.

I didn’t know if I’d ever shown mom my favourite farmhouse. I might not get another chance.

Growing up, she was always the most beautiful, the most sophisticated. With the red jumpsuit with the wide red belt, the Lady Di hairdo, and the perfect burgundy lipstick–“wine with everything” it was called, and she carried it everywhere.

She was always so utterly fantastic, but also so unbelievably humble. Probably only a few people knew that my mother was once named one of Glamour magazine’s “Most Beautiful College Students.”

This is likely where I am more like my father because if I was ever awarded that title, you would know.

Mom was not like that. That though was her story to tell. Just as I am an open book with dog-eared pages and highlighted sections, my mother was the reluctant poet, too humble to share the masterpiece she could have no doubt written.

Two days after the drive, my mom and I found ourselves sitting on a driftwood bench, staring out at the Atlantic Ocean.

“I don’t know what I’m going to do without you,” she said.

Those words were so poignant. Of course, it was going to be me left behind. Still, I knew what she was trying to convey.

While our relationship was fraught with complexity, our connection will stand the test of time as the most sacred, cherished and committed relationship I will ever have.

We had driven these roads before, my mother and I, but this was the first time I really sat with her and felt her full humanity. Where I contemplated what it felt to actually be her, sitting in a car with her daughter next to her, her granddaughter in the back, quietly taking account of the life she had led, knowing the time allocated for her was almost up.

At my age now, my mother watched her mother survive a stroke. Then, she watched her slowly fade away.

My daughter, in the backseat, will now watch me grieve, and watch how I live through this.

It was on this highway, on this day, that I had the groundbreaking realization that despite being told my entire life that I was so much like my father, the truth is: in many ways, my mother and I have travelled the same path. Time and space have allowed me to see that she would often stop on the path, turning her head back to yell out and plead with me to look elsewhere, to try a new solution. Yet, I didn’t. I followed her beaten trail because I didn’t want to know another way. I knew her secrets, and she knew mine. It was safe there.

This 230-kilometre trek was the metaphorical cutting of the cord. The beginning of finally getting the fortitude to forge ahead on my own.

I would turn 40. Three months from now, I would get sober. I would experience the heart-crushing agony of watching my mother die, and finally, appreciate the beauty and possibilities that exist in being truly alive.

I still am, and forever will be, my mother’s daughter.

“I always knew I’d go out like this,” she said, as I held her hand while she lay on the stretcher being pushed towards her condo elevators. The fall she took in her bedroom was as much a nightmare to her as it was a mixed blessing to us. She wanted to spend her final days in hospice, but when the time came to make that transition, what we couldn’t predict was how impossible it would be to tell mom it was time to pack up and leave her home.

The fall, sadly but kindly, made that decision for her.

I was by her side that day in the emergency room, with her as she was moved to palliative care, and I sat upfront with the kind paramedic as we made our way by ambulance to mom’s room at Hospice Halifax.

Even on what would be her final drive, on her way to the crematorium, I still had my mother within sight, driving behind the hearse with shaking hands, weaving in and out of traffic, not ready to let her go.

How could she be without me? Me without her?

Five days before mom died, I was sitting in the comfy chair in her room at the hospice, keeping her company as she put all her effort into writing a list of items for me to collect at Walmart.

We listened to some of her favourite music. “Lady in Red” by Chris De Burg. “Stay the Night” by Jane Oliver. At one point, her mind cluttered with so many narcotics, she questioned why my father was snoring so loud, and we laughed when I informed her it was actually a woodpecker outside her window.

“Every night I go to sleep and I wonder if this will be it,” she said to me. “And then I wake up in the morning, and I’m so happy because it means I get to see you again.”

I know what that was like, the happiness of getting to see each other again. I’ve known it since I was little. Wearing a bright yellow dress, brown and pink backpack, bowl cut and bangs and feeling like my heart would explode watching my mom approach to pick me up after my very first day at school. “That’s my mom,” I said to my new friends.

I still have her list, or what I can make of a list through her barely legible writing. The scribbles seemed to be a particularly cruel card dealt by cancer, which had already stolen so much of her dignity. From the earliest age, I recall my mother hand-writing her correspondence, starting over if there was the smallest mistake in her beautiful cursive. While this pristine writing would understandably have you picturing a “lady who lunches,” behind the façade was a glorious rebel without a cause. I often wish she had let that rebel yell more often.

As a young girl, my mother liked to fancy herself much older than she was. When out with her mother, my grandmother, she would look on in admiration at the ladies with bright red lipstick, cigarettes so glamorously dangling off their mouths as they pushed their babies in prim English prams. She considered their appearance an achievable aspiration, which is how she ended up sitting on the steps outside her prestigious home located in a rather uptight neighbourhood, legs daintily crossed, one hand pushing her baby doll in her doll stroller with the other hauling a discarded cigarette she had found at the local bus stop.

She remembers all these details, vividly laughingly as she recalls her father’s expression pulling his Lincoln town car into the driveway, absolutely not in the mood for this after a long day in the operating room.

So many years later, just blocks away from the scene of that crime, my mother now lies, preparing to die.

Other items on her list, I can’t make out.

I wish I had stayed over that night. It marked the last moment I’d be with mom when she was really lucid. Days later, the palliative care doctor would tell us, “The time for meaningful conversations with your mother has passed.”

She would be sedated. We would say goodbye.

But on that night, before I went home to my family, I kissed her gently on her forehead.

“We can’t be sorrowful about this,” she whispered in my ear.

Sorrowful: adjective. Feeling or expressing sorrow or grief; sorrowful; sad. Or relating to mourning of the dead.

Like the Sudoku puzzles she so loved, I cling to the idea she was giving me a code to unravel.

And so that’s where I meet her now, in the mornings. In the sunrises that light up the sky. On many mornings, I lace up my sneakers and run. I chase the magic sphere as it emerges over the ocean, and the pain I hold escapes and shape-shifts into silent words I send up to her.

My mother’s life and her story are complicated. Just like every story, really. Understanding death and mortality a bit more now, I think what we can hope for after we pass is that our lives will be reflected upon like a film – where there are good parts and bad parts, but ultimately you hope that the message it carried was delivered to the people who matter. Those years after you’re gone, the ones you love will be reminded of small innocuous moments from the film reel and realize a depth of meaning that they previously underscored. Most of all, I think we all hope that the reviews will be kind, exquisite themes will be captured, and if we’re really lucky we’ll go down as a classic.

In the movie about my mother’s life, I will forever be grateful that I played a supporting role. That role, and the level of support, fluctuated over the years. But at our most fun, our most wicked, we were Thelma and Louise, minus Brad Pitt and the cliff.

“There it is. My farmhouse.” I pointed. “Up there on the hill.” We turned our heads to look at the home – which I have always felt resembled the cottagey feel of Aunt Em’s house before it blew up and away in the glorious Wizard of Oz.

“Now I know I’ve got a heart, ’cause it’s breaking,” the Tin Man said.

“There’s mine,” said mom. I looked, but couldn’t see anything.

“Hiding by the trees, behind that other house there.”

We drove past, and I quickly looked back. Then I saw it. Beautiful. Understated. Not needing to be out in front.

Want to read more stories like this? Check out this piece about Aggie Missaghian’s faith – in her family, her religion and in herself – carried her from Iran to PEI.