Curate your life for happiness 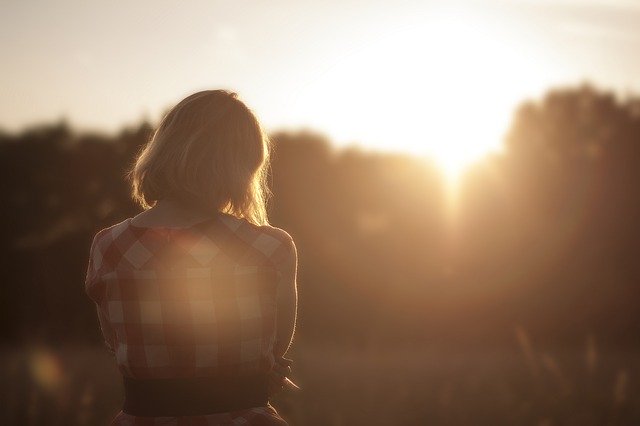 It’s time to say good-bye to work/life balance.  For as long as I can remember, people have been trying to figure out how balance their lives, and meanwhile almost everyone I talk to is feeling exhausted, overwhelmed and inadequate. Balance is not the answer – curation is.

Think about how a museum curator puts together an exhibit.  First she figures out what the exhibit is about and then she starts making choices.  What doesn’t belong in the exhibit, even if it’s a beautiful, important piece of art?  What isn’t the most important stuff, so it goes into one of the side rooms?  And what are the two or three really significant pieces that will be at the center of the exhibit?

If the curator doesn’t make these choices, the exhibit is going to be a cluttered mess.  The same goes for our lives.  We need to figure out what our life “exhibit” is about.  And then we have to make those same three choices:

These are all tough choices, but if we don’t make them, our lives, like the exhibit, will be a cluttered mess.

Many people have difficulty saying no.  They feel guilty, or they don’t want to disappoint others.  Learning how to say no – firmly and gracefully – is an important communication skill, both in your personal life and in your work life.  You have to learn how to deliver the message to others, and just as important, you have to learn how to deal with that critical voice in your head that tells you you’re a nincompoop.

But as hard as it is to say no, many people find it ever harder to let themselves do something “just well enough.”  Or, as I sometimes phrase it, “embrace mediocrity.”  Our whole culture gives us messages like “Always do your best” and “The good is the enemy of the great.”  That’s ridiculous!  The good is not the enemy of the great – it’s the friend of the great.  If you say no to the tasks that really don’t matter, and you let yourself be just good enough at the things that are essential but not of top importance, then and only then will you have the energy to become great at the stuff that really matters to you.

Even Leonardo da Vinci wasn’t perfect at everything.  If you expect yourself to meet that impossible standard, you will live your life feeling like a failure.  And you will waste your precious energy aiming for perfection in activities that really aren’t that important.

How do you choose to be mediocre?  Start by asking yourself five questions:

Choosing where to be mediocre is a deeply personal decision.  Here’s a secret.  Once you have figured it out, don’t tell people where you are choosing to be mediocre.  It’s generally not their business anyway.  Just quietly go about doing those tasks to your own mediocre standard.  You will probably be surprised about how few people actually notice.

The good news is that accepting mediocrity makes delegation easier.  When you hand off a task to someone else, whether at work or at home, there’s a good chance they won’t do it exactly the way you would.  What then?  Are you going to micro-manage every detail?  Bad idea!  First, you’ll demotivate them.  Second, you’ll be using your own energy on a task you already decided was of secondary importance.  Letting good enough be good enough really smooths out the delegation process.

Here’s one of my favorite stories about embracing mediocrity.  My client, “Ashley,” had just been appointed Director of Client Service in a large sales organization.  She was new to the department and her team members were pretty skeptical about whether she was the right person for the job.  In addition, superb client service had been identified as a key element in the company’s strategy.  So Ashley was under a lot of pressure to show what she could do.

One of the first things Ashley told me was that she had 3000 emails in her in-box.  She was being copied on just about every email anyone sent to anyone within the Client Service department.  Although she tried to keep up with the deluge, she recognized that her greatness did not lie in responding to the approximately 60 emails that poured in every hour.  So Ashley made several changes.  She educated her team about which emails she needed to see.  She trained her assistant to perform triage on the emails so that about 2/3 of them didn’t even reach Ashley’s eyes.  But even so, keeping up with her emails was not going to make Ashley a great leader.  So she was secretly mediocre.  She scanned some emails, read very few, and deleted most of them without even reading them.  Even then, there were too many for her to give her full attention to.

Funny thing – Ashley managed to do a great job as the Director of Client Service.  Under her leadership, response time to client requests shortened dramatically and complaints dropped.  Satisfaction scores on the annual client survey increased significantly.  And all the time, Ashley wasn’t reading most of her emails.  Choosing to be mediocre at responding to emails enabled her to be great at the tasks that really mattered.

Take it from Ashley.  Curating your life means saying no to some tasks and accepting mediocrity at others, so that you can focus your energy on your greatness.  It’s not easy – but it’s worth it!

More Inspiration: Check out this cool article on how to build self-confidence.

Author: Gail Golden, PhD, MBA is the author of CURATING YOUR LIFE: Ending the Struggle for Work-Life Balance(Rowman & Littlefield Publishers, April 8, 2020). She guides readers to understand their own individual professional and personal strengths, challenges, and passions and to develop a plan to help navigate these in a way that prioritizes what energizes them.

The Most Important Nutrient Discovery of Our Time

Take back your body

What is emotional intelligence? Why is it important?

The morning after the night before