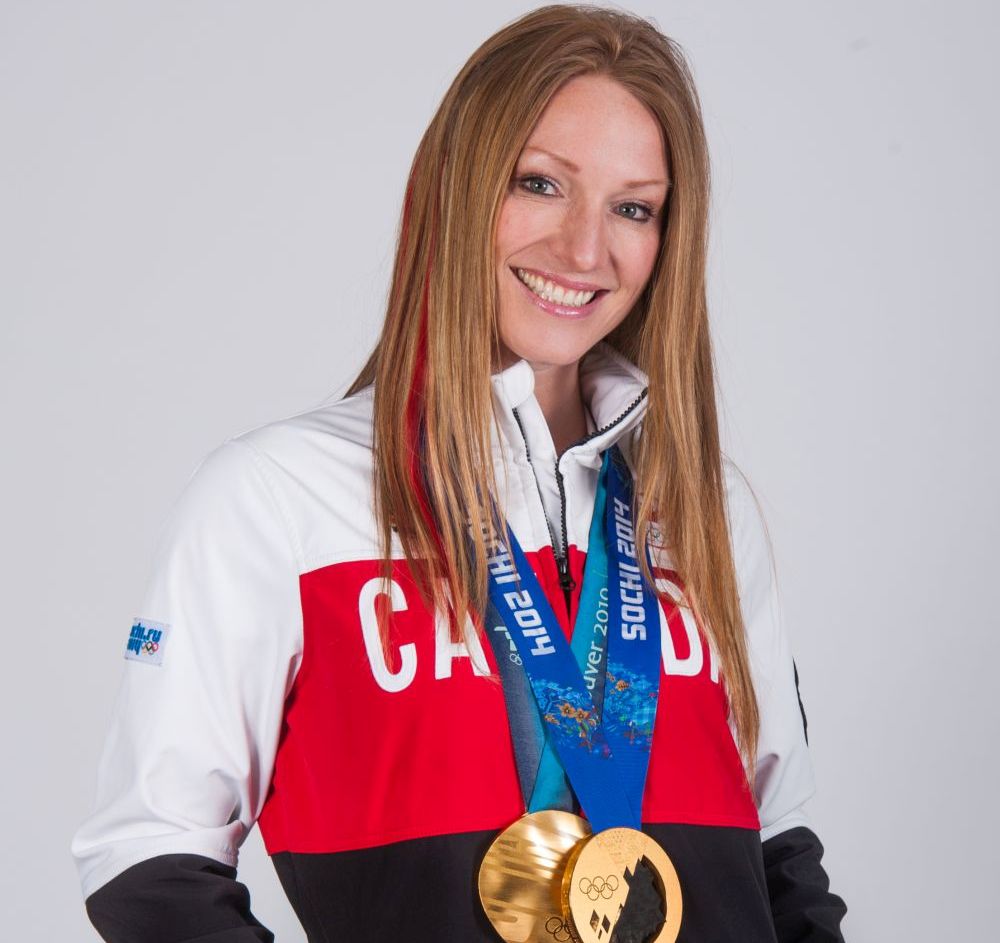 Growing up on Prince Edward Island, Heather Moyse ran track and played soccer and rugby. A natural sprinter, she was all about speed and power. Eventually she represented Canada in three sports: Rugby, cycling and bobsleigh, where she won two Olympic gold medals.

Besides her proven athletic ability, Heather has charisma, poise and a sharp mind. She looks you in the eye. I met her at the annual convention of the Canadian Association of Professional Speakers (CAPS) held in Halifax, NS.

“One thing I realized from sports—although it took me a while—is that I love challenges,” she said.

Besides speaking, her latest challenge is joining a climbing team in Antarctica in January 2016. A Rugby Canada associate asked her to join the True Patriot Love Scotiabank Expedition to raise awareness and funds for Canadian veterans and their families.

On the expedition, nine wounded soldiers and 18 business leaders, including Heather, will summit Vinson Massif, the highest peak on the uninhabited continent.

Heather is especially passionate about the commitment to help raise awareness about post-traumatic stress disorder (PTSD) and the veterans who need help to transition back into society.

“I’m a huge supporter of the Canadian Armed Forces,” she said. “I can’t say that freezing my ass off in Antarctica was on my bucket list. But the invitation made me reflect on the fact that the only reason I’m able to live the life that I choose, which is empower other people and even represent my country, is that other people have volunteered to fight for Canada. It puts everything in perspective.”

Due to experiences in combat, every soldier on the trip falls somewhere on the PTSD spectrum, she said. They carry a sense of responsibility and guilt. When they have an opportunity to tell their stories it is a form of rehab. “We as civilians are desensitized to violence by movies,” she said. “We have no idea what the real experience is like.” 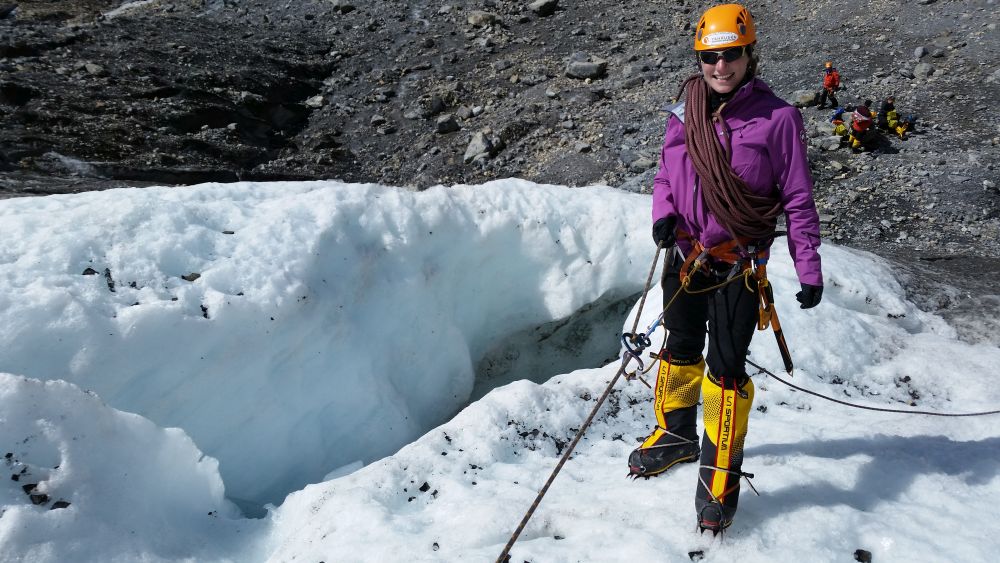 As a sprinter, Moyse has trained to develop speed and power in events that take minutes or even seconds. Training for Antarctic is different. Now she finds herself taking long hikes with a heavy pack, and she spent time in Alberta learning to climb an ice field and do crevasse rescues. “Now I’m walking the talk,” she said.

She speaks to organizations on how to overcome obstacles. She loves the work. “When you are faced with an obstacle, you can choose to embrace the opportunity to discover your own potential,” she said. “You never know what you can do until you push yourself.”

On the other hand, as an elite athlete she knows her own limits. This comes with experience, “I am an anti-extremist,” she said. To train and perform without hurting herself she has to stay grounded. Training for the Olympics, she learned how to keep her energy level on the right plane.

“We are capable of more if we believe in possibilities,” she said. “I have the philosophy of no excuses and no regrets. Excuses are everywhere today. When I couldn’t go to the gym on Prince Edward Island I pushed a car in the parking lot, I did an upper body workout at a playground.”

I asked about her mentors. Her family, she said. She told her mother to give her a slap if she gets full of herself.

Who else, I asked. John Maxwell, she said. She met him at a speaking gig in Moncton. He offered to be her mentor and has introduced her consultants and publishers. Like all speakers, she needs to have a book. I know about Maxwell. He is considered one of the top leadership and management experts in the world.

Heather is like that. She has talent. She commits. That is the style that attracts the right coach, the right team, the right mentor. No-one can do it alone.

More Inspiration: Check out this article on a former Canadian woman archer.

Author: David Holt is associate publisher of Optimyz and an avid writer and kayaker. He regularly interviews leading Canadians and thinkers for Optimyz and other publications.