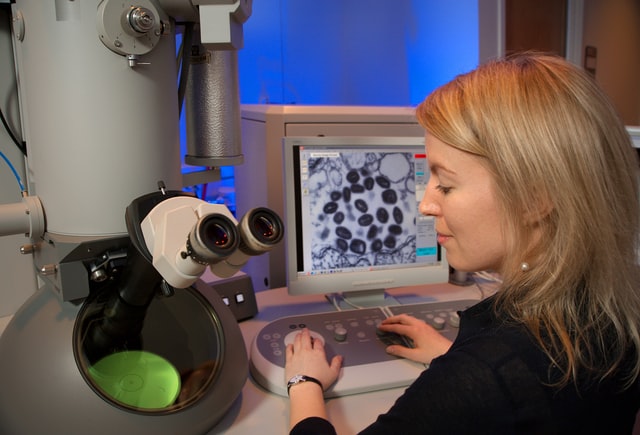 The exciting new field of epigenetics shows that lifestyle practices like a heathy diet can greatly reduce your risk of cancer, even for those with a genetic predisposition to it.

We have all been touched by cancer either directly or indirectly. The most prominent time for me was when my grandmother was diagnosed with colon cancer 13 years ago. It forced me to evaluate the role my diet could have on the development of cancer inside of me.

Although the exact causes of cancer are unknown, it is clear that cancer cells have an abnormal capacity to divide uncontrollably and form tumors. Recently, epigenetic changes have been found to be important pieces of the cancer puzzle. This field is giving us insight into how cancer develops and how we can intervene in the process.

Epigenetics is the study of heritable changes that lie outside of the DNA sequence. Genetics involves the code of the DNA, and whether a gene is present or has undergone a mutation.

Epigenetics involves three processes that alter gene expression: 1.either activating or silencing genes through altered DNA methylation patterns, 2. histone modifications, and 3. chromatic remodelling. Genetics are relatively stable, but epigenetics provide a mechanism for how the environment — including diet — can affect the expression of a person’s genes.

DNA methylation is the best known epigenetic marker. It’s the footprint the envi- ronment leaves on the DNA. It is also well known for its role in many forms of cancer. For example, hypermethylation in specific DNA regions silences genes that suppress tumor growth (known as tumor suppressor genes), which leads to tumors and cancer.

Alternatively, hypomethylation activates genes with potential to be cancerous. These are known as oncogenes and their activation also leads to cancer.

Diet can affect DNA methylation, leading to some cancers, including colorectal cancer (CRC). Recent estimates suggest that diet can prevent as much as 80% of CRC. This relationship was first recognized when scientists noticed that CRC was much higher in Westernized societies, where people consumed high-calorie diets and were less physically active.

It was then discovered that specific diets can either promote or prevent cancer. For example, consuming red and processed meat, food containing animal fats or sugar and substantial consumption of alcoholic drinks are associated with CRC, as is body fat, especially in the abdominal area. On the other hand, foods containing dietary fibre, garlic, milk, calcium, folate, vitamin D, and selenium, as well as non-starchy vegetables, fruits, and fish seem to protect against this type of cancer.

The dietary effects on cancer seem to happen in two ways: Directly, by affecting the gut lining; and indirectly, when the blood content of specific nutrients and hormones results in genetic and epigenetic changes, including the silencing of tumour suppressor genes.

Altered DNA methylation in many cancers, not just CRC, shows promise as a biomarker for cancer susceptibility. This is important because some of the methylation changes occur prenatally and in childhood long before cancer develops. By finding a marker, lifestyle changes could be adopted to reduce future risk of cancer. This concept coincides with Dr. Alfred Knudson’s 25-year old two-hit theory of cancer, which is a popular way of stating that it is not just one factor that ultimately causes cancer.

Alterations in DNA methylation are also reversible, even through diet, and therefore this risk factor is potentially under our control, at least partially. This exciting area of epigenetics and diet has paved the way for a new field now called “nutrigenetics.” Needless to say, epigenetics serves as a promising area of cancer research in everything from causes to biomarkers to therapeutic intervention.

More Insight: Are your emotions making you sick? Check out this cool article!

Author: Amanda Wintink has a PhD in neuroscience and psychology, and is based in Toronto. She occasionally contributes to Optimyz Magazine.

Allergies and the city

Think twice before you hit send

Your smartphone and your skin

Say goodbye to feeling tired and having no energy