An inspiration to all women 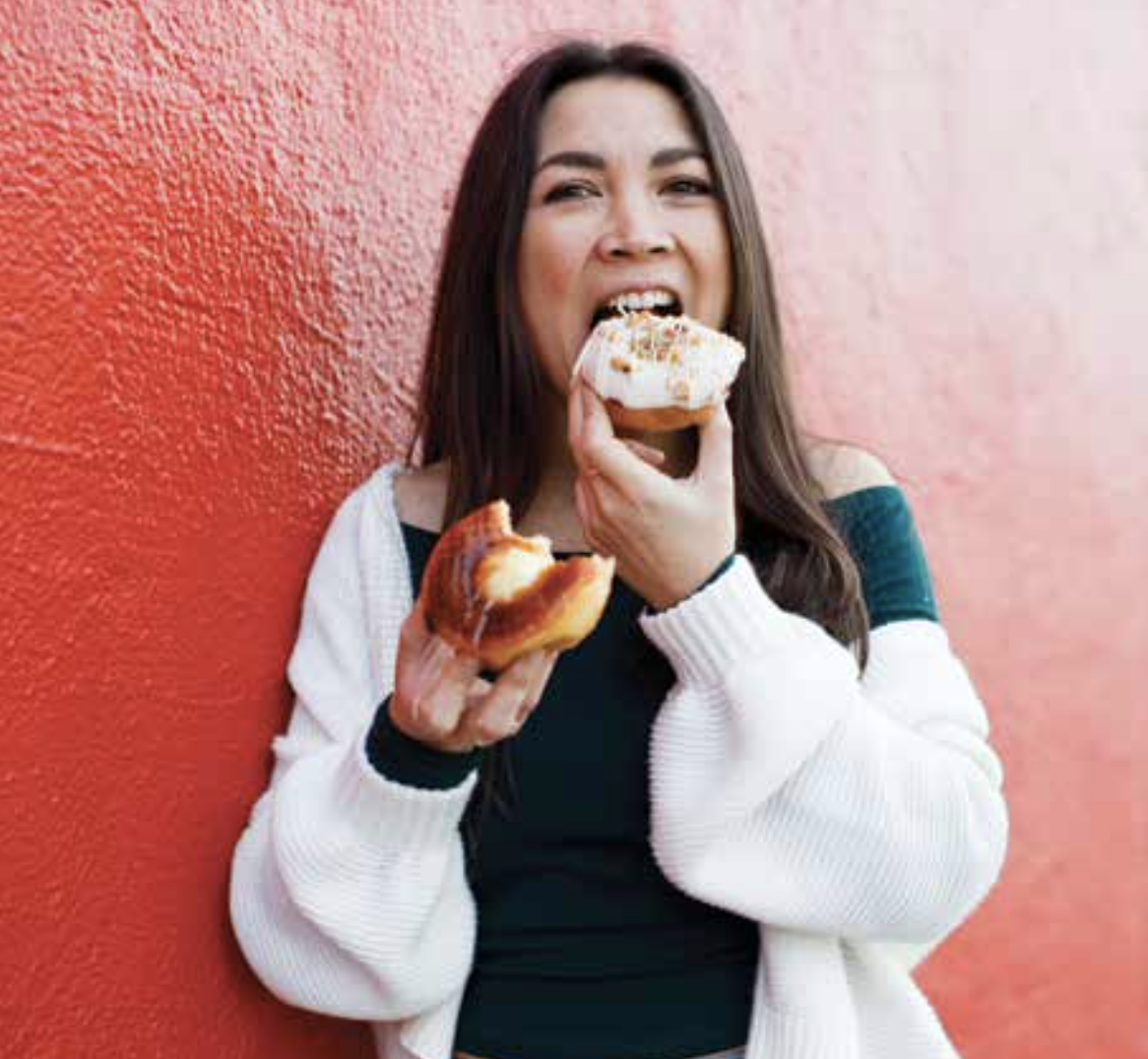 When Lauren Toyota was a new vegan, she discovered a problem: the food didn’t taste all that good. She was lost in a world of smoothies and salads, desperately searching to satisfy her cravings. She didn’t want cold; she wanted warm, tasty and comforting.

She saw the niche, had the idea and needed the opportunity to make it happen. Like many great success stories, it was adversity that provided that impetus. After being abruptly laid off from her job as a television host in 2008, she found the motivation to make her side hustle—‘hot for food’ – her full-time gig.

What started as an Instagram account has blown up across many platforms (from video to books) and emphasizes nutritious, warm and comforting vegan recipes that appeal to vegans and non-vegans alike.

Toyota is a long-time lover of food, which is why she felt so passionately about people enjoying their vegan food, not just tolerating it. As a child, she watched her mom be adventurous in the kitchen, and it sparked her love of cooking.

Fast-forward almost 15 years from her fortuitous lay-off, Toyota has amassed some 38 million views on her YouTube channels and her books, Vegan Comfort Classics: 101 Recipes To Feed Your Face, and hot for food all day: easy recipes to level up your vegan meals, are best-sellers.

And ironically, she finds herself back in the world of television frequently—this time as the expert— as she brings vegan comfort food to Canadian homes on shows like The Social, CityLine and Breakfast Television.

HOW DID YOU DECIDE TO PURSUE YOUR CAREER PATH? WHAT WAS
A PIVOTAL MOMENT?

When my nearly 10-year television career came to an abrupt ending, I knew I needed to dedicate myself 100% to my blog and brand that I was pursuing as a hobby before that point. The day I lost my job in broadcasting I hit the ground running to work full-time on hot for food. There was no other option and it’s where I knew I needed to focus my energy.

WHAT ARE YOUR SUCCESS HABITS?

Don’t force yourself to do something you aren’t motivated or inspired to do. You can’t create when you’re not feeling creative or inspired so go do something else! Visualize the outcome you want. Surround yourself with people you admire and respect and who are pursuing life and career in a way you want to, as you are a direct reflection of those you surround yourself with. For the most part, don’t do things for free. There should always be some type of energetic exchange- doesn’t always mean monetary exchange, but ensure you are getting something valuable from the projects you contribute to.

WHAT WAS YOUR GREATEST CAREER CHALLENGE AND WHAT DID YOU LEARN FROM IT?

I think the greatest challenge was when I lost my television job in 2008. It was sudden, unexpected, and certainly not how I had planned or visualized my career going. I didn’t handle it well. I hadn’t built any resiliency at that point. It took a while to really learn from it and humble myself, but it did help me and prepare me for it to happen again. And it was that second challenge of losing my dream job that allowed me to see clearly and see the big picture.

I made the most of the situation—I had a better attitude. I had come out of this challenge before and rose from the ashes so I could do it again. My mentality was so much different and that actually made a huge difference for what happened next.

WHAT IS ONE IMPORTANT THING CANADIAN WOMEN NEED, BUT WHICH THEY RARELY TALK ABOUT—AT LEAST IN PUBLIC?

Time to rest. I think there is a general sense that you aren’t supposed to rest or stop or take breaks or ask for help. It’s a chronic problem and I myself am habitually wired this way too. We need to find and make space to rest.

WHAT ADVICE WOULD YOU GIVE YOUR YOUNGER SELF?

Ease up, you’re doing everything right. There’s really nothing to worry about.

Making the most of seasonal self-care

Deborah Cox: ‘The gift will make room for you’