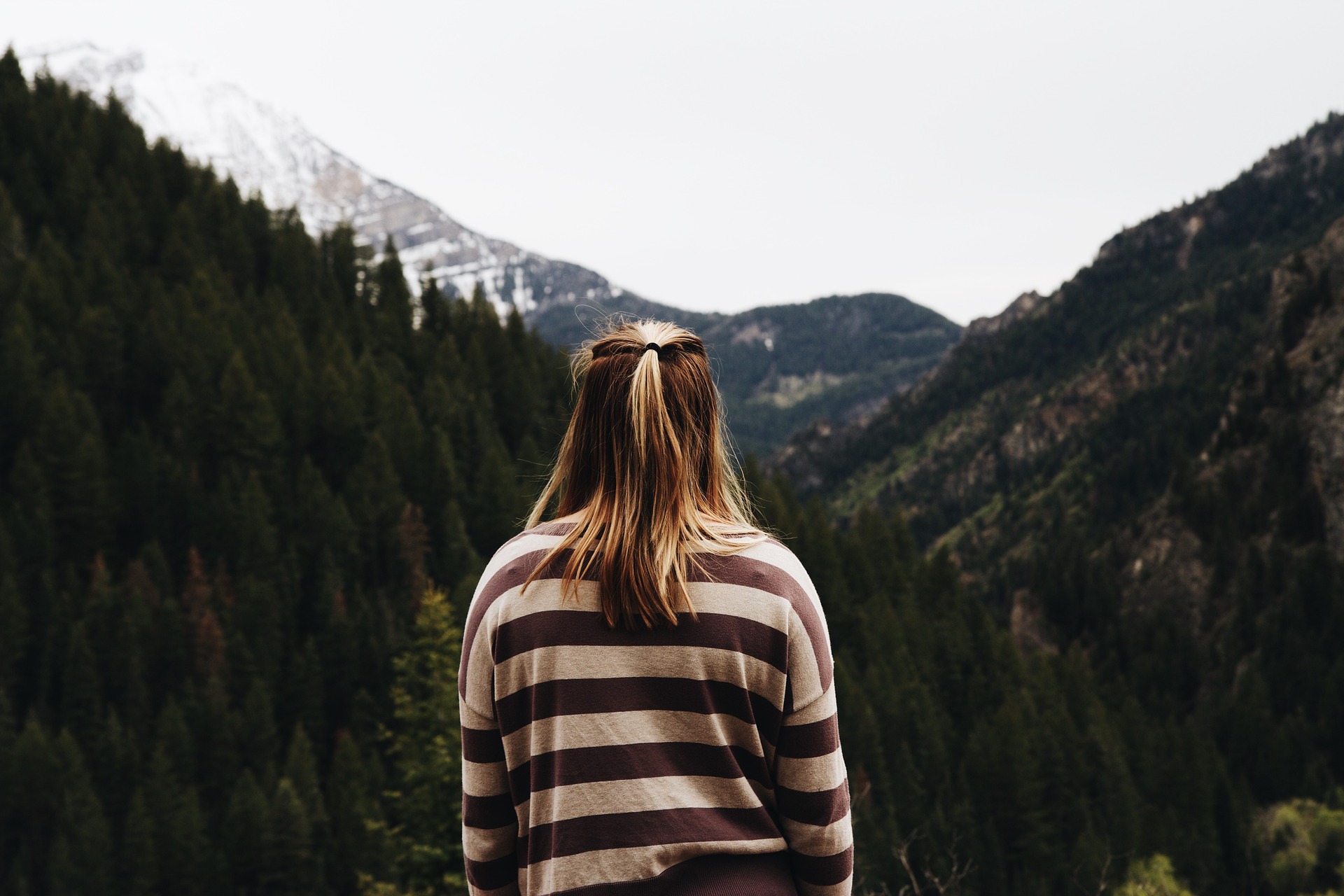 Turn on the TV. There is a terrorist in the alley, a virus in the air, a cyber-threat on the Internet. Watch your bag at the airport. Watch for anyone who looks suspicious. TV journalists and politicians have that jittery, wild-eyed look. Welcome to the modern world.

The catchword for this state of mind is anxiety. Its various flavours are known as anxiety disorders, generalized anxiety disorder, post-traumatic stress disorder, obsessive-compulsive disorder and phobias of all stripes.

Canadian surveys say about 12% of the adult population identify themselves as having an anxiety disorder. Among young people, the numbers are much higher and affect females more frequently than males, with symptoms usually showing up early in life.

I sit in a coffee shop with a young woman, call her Jane. She is 30, articulate and ambitious. She smiles a lot. But there is another side.

“People don’t understand that anxiety can be a hugely physical response,” she says. “It starts with emotions that eventually manifest physically. It doesn’t help your mind when you feel yourself shaking, becoming hot or cold. It’s as if you’re stepping away from your body. You’re not physically ill, but you’re getting the same symptoms.”

The anxiety has triggers, she knows. Usually it has to do with people. She wonders, “Is someone angry? Did I do something wrong?” In school she was a perfectionist, always putting pressure on herself.

Cultural systems can also play a role, she says. We are living in a patriarchy that holds women down. “It can make me feel depressed and anxious. If I’m walking on the street and get catcalls, I feel threatened. My hackles go up. It doesn’t feel safe.”

Good health practices help, she says: Getting a good sleep, eating well, getting exercise. All this supports positive feelings. It also helps to talk with social workers and counsellors; they understand. “Anxiety is based on chemical reactions in the brain,” she says. “A scientific understanding of this helps.”

She is learning to recognize that the state will pass. It might take an hour or two, a day, sometimes even a week. “I’ve learned to let it run its course, like a virus, not to fight it—until it goes by.”

It hurts to be young

It is not an exaggeration to say that anxiety is at epidemic levels among young people. Depression, anxiety and suicide attempts are increasing among students at Ontario colleges and universities, according to an article by David Greenberg in the Ryersonian student newspaper in September 2016.

He cites new mental health statistics released by the Ontario University College Health Association. All of the numbers are up from 2013. Results from the report: 46% of students felt so depressed that it was difficult to function; 65% felt overwhelming anxiety; 13% seriously considered suicide (2% per cent attempted suicide); and 11% reported both depression and anxiety within the past year.

To get perspective, I meet with David Sable, PhD, an education consultant specializing in applying mindfulness practices. Besides consulting in the private sector, he is a part-time faculty member at Saint Mary’s University in Halifax, Nova Scotia. Anxiety is prevalent among the students he teaches, he says. It is the result of a “perfect storm.”

On one level, students are increasingly aware of how fast the world is changing, he says. Any science and technology they are learning will be out of date at graduation. There is a lot of uncertainty about jobs, careers, their own goals and the goals their parents have set for them.

Another layer is fuelled by the media and perpetuated by social media, he says. Social media promotes self-consciousness—but not self-awareness, says Sable. “It creates a divided mind and can make you feel inadequate. Self-awareness is quite different. It helps you realize where your thoughts come from. It gives you a deeper awareness that you are something other than the mind’s patterns.”

Sable points to psychologist Richard J. Davidson whose work shows how crucial emotions are to how the mind works. Recording brain activity in Buddhist monks, he found that meditating creates stronger connections among regions important to attention, motivation and empathy. Even novice meditators showed an increase in the brain’s gray matter, the area responsible for learning, memory and self-awareness.

Sable has been a practicing Buddhist for many years. “You realize that mindfulness practice is not separate from the rest of your life,” he says. “Mindfulness allows you to have a more generous view of yourself.”

A tale of two treatments

Currently, there are two main treatments which have been shown to be effective with anxiety disorders: Pharmacological treatment and a psychological therapy, Cognitive Behaviour Therapy (CBT). Often they are used together, but each is effective on its own.

Pharmacological treatment involves the use of prescribed medications such as antidepressants designed to reduce the symptoms associated with anxiety and panic. CBT consists of identifying the thoughts and thought patterns that make you anxious. You then challenge yourself to face the situations that you may have come to avoid. This is done in small, manageable steps, where you learn you can feel anxious in a particular situation and still be OK.

If you think you may have an anxiety disorder, talk to your primary care physician and have a complete physical examination done in order to rule out the possibility that you may have another physical problem, counsels the Anxiety Disorders Association of Canada.

More Inspiration: Food can play an important role in mental health, check out this article on how to feed your brain.