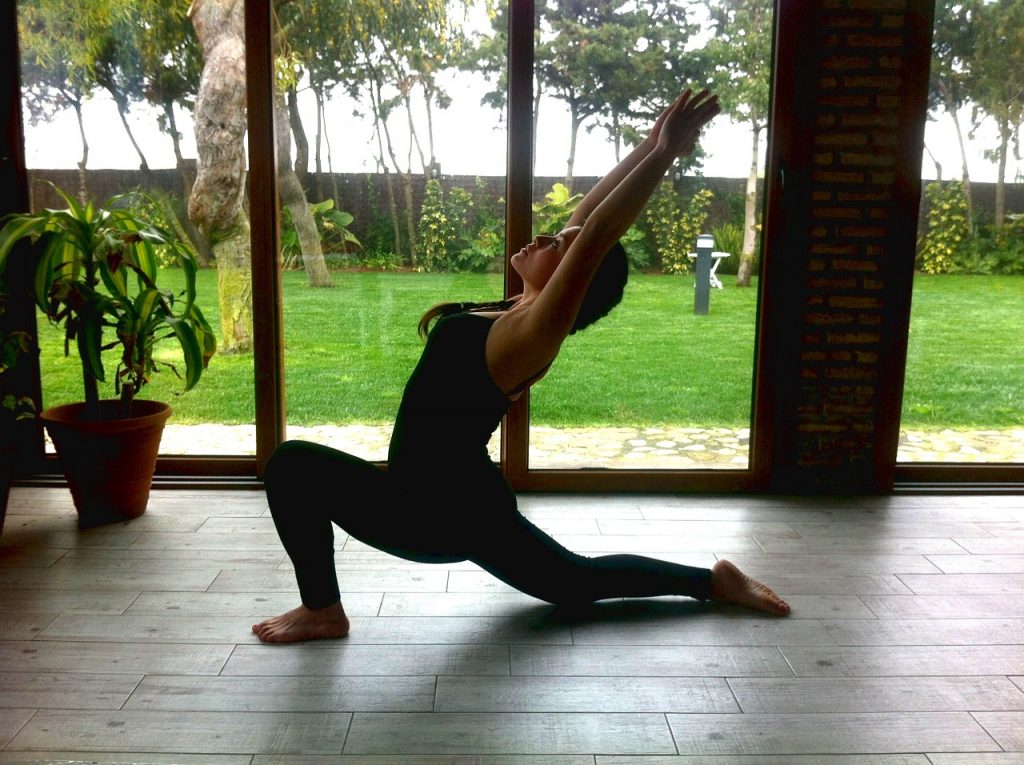 Not long ago, a sexy female had every hair in place and wore gobs of make-up. She would never be seen jogging around her neighbourhood or hitting the gym. Well, the old myths about fitness and sex appeal are still around, sometimes dressed up in more modern outfits. It’s time to clear up the confusion and launch these lies to Timbuktu. Listen up, ladies.

I played NCAA tennis in university, but since I hung up my racquet I’ve dropped about 10 lbs. Women compliment my thin, fit-looking figure; little do they know I now struggle to carry a carton of cat litter from my mom’s car to her basement. That’s 30lbs and 40 steps. Yes, I’m thin. No, I’m not fit. Stop confusing the two.

Charlene Weaving, PhD, who teaches a class on Gender in Sport and Physical Activity at St. Francis Xavier University in Nova Scotia, says we’re bombarded in the media to believe that thin implies fit. “If we look at Hollywood actresses or musicians, a lot of them are quite tiny and very thin,” says Weaving, “That has become the definition of beauty and health.”

It’s possible to be skinny as a stick, but still pack a greater percentage of fat. This is called being skinny-fat. That’s skinny-fat, not skinny-fit.

You could be your “ideal body weight” (according to your Body Mass Index) but still carry around a lot of body fat, says Shawn Dassie, who’s trained NBA, MLB and NFL players and is currently the Health and Wellness Director at the D.R. Semmes Family YMCA in San Antonio, Texas. “If you don’t have a lot of muscle, you could be just as fat as someone who weighs 20lbs more, but carries muscle.”

Fitness is a matter of definition. Triathletes may consider a VO2 max under 50 unfit, while most folks just want to play with their kids or carry their groceries without losing their breath. Nevertheless, being skinny doesn’t imply being fit. Eating healthy and exercising regularly does.

The laws of attraction are governed by mathematics, but it’s not the number on the scale that makes guys go gaga. It’s a woman’s waist to hip ratio (WHR). If a woman’s WHR is low, between 0.67 and 0.8, they’re more attractive, according to studies done by psychologist Devendra Singh. A low WHR signifies a woman’s reproductive capacity and her ability to fend off diseases such as, diabetes, heart attacks and strokes.

The ideal WHR is 0.7, representing the curvaceous, hourglass-looking figure. To achieve that tantalizing target, you need some cushion, but could still be thin. A great example is how Marilyn Munroe, size 12, was a near perfect 0.69; meanwhile Jessica Alba is a perfect 0.7. Megan Fox’s super slim figure however is much farther off target, with a WHR upwards of 0.8. Miss Fox is surely sexy to some; she’s pretty and popular. But Singh’s studies found men are more attracted to the average figure than a thin or fat figure, and that a woman’s WHR is more important than body fat percentage when deciding attractiveness. In sum, if you’re healthy, you’re hotter. 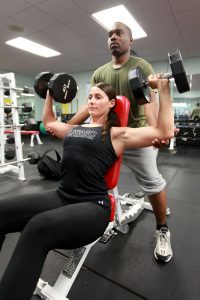 4. Weight training is for men
At 5 PM on a weekday at one of GoodLife’s women’s-only gyms, about 32 women clog the cardio machines. Meanwhile four ladies share the dumbbells and weight machines; two of them are paired-up with personal trainers. In my fitness consultation, I told personal trainer Kelsey Lynch I wanted to gain muscle.

I learned that’s an anomaly. “Most women are here to lose weight,” says Lynch, who tries to educate women about the physical and health benefits of lifting weights. She is sometimes met with resistance because women don’t want to bulk up.

Women shouldn’t pucker at the idea of pumping iron. Dassie says it’s physically impossible for women to bulk up like men because we don’t naturally produce enough testosterone, a hormone that helps build muscle mass. “Women bodybuilders often use anabolic steroids (synthetic testosterone), along with other drugs in order to achieve that high degree of muscularity,” he says. If you’re only lifting 5lbs to 25lbs, but doing a higher number of reps, don’t fret.

Working with weights has a ton of benefits:

ACCELERATE WEIGHT LOSS AND BOOST YOUR METABOLISM
Unlike cardio workouts, whose caloric burn ends once you step off the machine, lifting weights means you could be burning calories for up to 72 hours post workout. Gaining one pound of muscle means you’re burning an extra 50 to 90 calories a day.

STRENGTHEN YOUR BONES
According to Osteoporosis Canada, one in four women is diagnosed with osteoporosis. Women have until age 30 to strengthen their bones via weight training.

PREVENTION AND REHABILITATION
Weights can help to prevent osteoporosis and rehabilitate arthritis patients.

3. Use a scale to measure weight

A bathroom scale is one of those must-have home appliances. Some of us ignore it. Others visit it every morning. Love it, or hate it, most of us use the scale to measure our weight. Shawn Dassie says the scale is a tool, but not the whole picture. “Who cares if the scale says 5lbs, because maybe you lost 10lbs of body-fat and maybe you lost six inches, but you put on that muscle mass.”

To measure women’s progress, Dassie often compares clothing sizes. He says his client’s sizes often go down, while their weight remains unchanged, or maybe even goes up. “I think we get so wrapped up in what that scale is reading that a lot of people give up on their fitness because the scale’s not agreeing with them,” he says. “It’s not about how much you weigh. If you want to wear a size 4, or whatever it is, who cares if you wear a size 8 if everybody thinks you’re a size 4?” 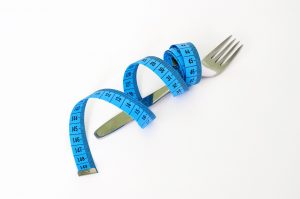 Don’t chuck the scale but check your progress with these methods:

Be wary of BMI: Sylvia Santosa, assistant professor in the Exercise Science department at Concordia University in Montreal, says, “If you look at the BMI of a hockey player, they may have a BMI of 40, which is considered morbidly obese. But that doesn’t reflect the fact that they have a lot of muscle. So you can’t always go by the BMI.”

BODY FAT PERCENTAGE
You’ll need special equipment, so ask a trainer to do it for you next time you’re at the gym or attending a GoodLife health fair.

2. You can fast track your fitness

In our world of instant everything, we want instant fitness too. Magazine cover lines such as “Bikini Body Now” or “Blast Belly Fat Fast” are built to bamboozle us, and only trick us into buying their how to in 2 weeks guide.

Let the secret be known. Shedding pounds that’ll stay away, or gaining muscle that’ll stay, takes time. “Expect slow, steady change,” says Dassie, “Losing one to two pounds a week is awesome, and to do that, you’ve got to not only work out, but you need to eat right.”

Sylivia Santosa says it’s possible to speed up weight loss by starving yourself, but that’s not a long-term solution. She says the beginning of most weight loss programs can be easy because people lose water weight, but it gets a lot harder. “Some people get discouraged because they tend to plateau after a while,” she says. She recommends choosing a plan you can stick to for the long haul, not one that’ll bring you the fastest results.

1. No sit-ups for a flat tummy

Everyone has X-amount of fat cells, called adipocytes, throughout their body. These adipocytes grow and shrink as they store and release fat. Exercise stimulates your hormones, which in turn, trigger your adipocytes to release fat. The problem is, you have no control over which adipocytes release fat so it’s impossible to forecast your fat loss. You can’t just strip off fat from your tummy and import muscle to your tush as you like.

If you want visible abs, Lynch says a women’s body fat percentage has to be a mere 18%. The best way to trim down is to combine regular cardio exercise with strength training for all of your muscle groups, and to eat healthy.

Get it in your head ladies: Following these old wives’ tales is counter-productive. So knock ’em out, gather the facts and get to work. Changing your attitude is the first step to changing your body for the better.

More Inspiration: Check out this article on fitness tech for your workouts!